She Should Be Unassailable...

Teachers who present the idea of white privilege as a fact to their students are breaking the law, the women and equalities minister has told MPs.

Responding to the general debate on Black History Month being held by MPs, Kemi Badenoch took to the despatch box to describe critical race theory as “an ideology that sees my blackness as victimhood and their whiteness as oppression”.

The minister went on to hit out at schools who had expressed support for the “anti-capitalist” Black Lives Matter movement, arguing they had neglected their duty to political impartiality by embracing the group.

... but I suspect the vitriol she's going to attract from the Left will be far worse than any hatred from 'far Right' groups.
Posted by JuliaM at 10:30 3 comments:

Email ThisBlogThis!Share to TwitterShare to FacebookShare to Pinterest
Labels: identity politics, mad as hell and not going to take it any more, sometimes you win one

There Are No Words... 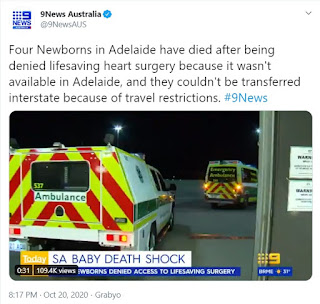 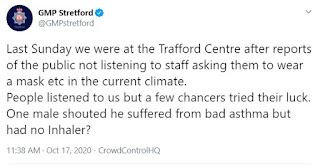 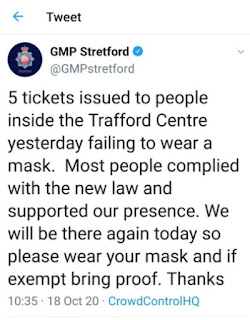 With this attitude from the so-called 'law enforcers' is it really any wonder that we are seeing a rise in incidents such as this one, or this one?
And why all the hysteria over salty language when basic ignorance of the law you're employed to uphold is allowed to be put on display for all to see?
Posted by JuliaM at 10:30 4 comments:

Bet You All Wish Your Job Was This Exciting... 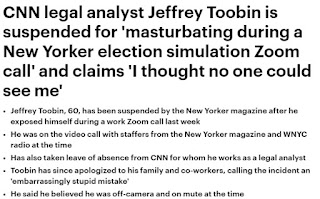 The Zoom call was reportedly an 'election simulation', involving many of the magazine's biggest stars including Jane Mayer, Evan Osnos, Jelani Cobb and Sue Halpern.

I guess he misread it.

What would she say to those who refuse to sympathise with Richardson? He is, after all, a criminal, and to many Americans the mantra is still: You do the crime, you do the time.

“I think it goes back to forgiveness,” says Bradley. “What do we gain as a society from excessive sentencing?”

...he didn't steal a loaf of bread to feed a starving child. He robbed a bank. And what we gain is safety from such criminals.

Technically, he is still not free, though: he will be on parole and under curfew for the next 40 years, Bradley points out.

“So again, as Fox has said herself, you commit one crime in the state of Louisiana as a black family and they have you for life.”

Well, seems the answer's simple then.

There are grounds for hope, she believes. One is the fact that racial injustice and America’s prison-industrial complex are now mainstream topics.

*tuts* KITT has let himself go now the Hollywood allure has faded...

A West Sussex Fire and Rescue Service crew from Billingshurst Fire Station were called to the scene and found the car had collided with a low wall, describing the driver as having had a “lucky escape” 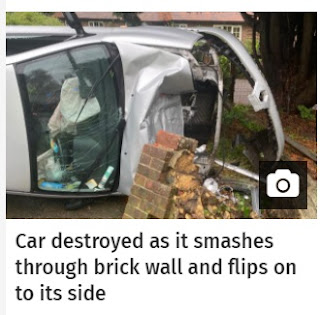 Can't wait to see how they write these headlines in the future...

Perish the thought!
H/T: Stephen Guy via email
Posted by JuliaM at 09:30 2 comments:

Good to see old London Town in at No 4!

Email ThisBlogThis!Share to TwitterShare to FacebookShare to Pinterest
Labels: humour

Maybe You Should Have Looked Up 'Integrity' Before You Named Your Team...

Online marketplace Etsy has banned a seller from selling items carrying the slogan 'I love JK Rowling' claiming that it 'promotes hatred'.

In an email to the seller, a representative of the 'Etsy's Marketplace Integrity team' said they prohibit any products that 'promotes, supports, or glorifies hatred or violence towards protected groups'.

They added: 'This includes items or listings that are demeaning or disparaging towards people based upon: race, ethnicity, national origin, religion, gender, gender identity, disability, or sexual orientation.'

None of which she's done, of course, but this is yet another knee-jerk reaction to the onslaught from the perpetually offended, and Etsy has since been forced to climb down by a counter-campaign.

But the marketplace has been slammed after social media users higlighted (sic) that their site also currently lists a postcard bearing the slogan 'F*** JK Rowling'.

Could have been avoided if you had done a bit of research into the deranged nature of the complainants, couldn't it?

J K Rowling makes them lose all sense of proportion - case in point: 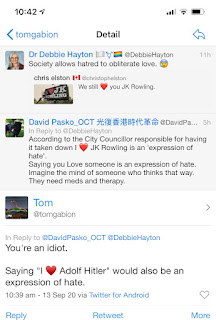 Yes, stating that the term 'women' has a biological background is exactly the same as attempted genocide.