Vital New Equipment Is Rushed Out To UK Police... 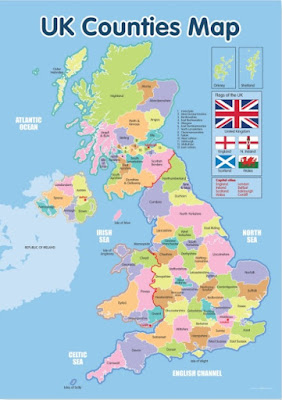 Lewis Brown, 18, was arrested by Thames Valley Police after visiting his vulnerable mother to give her money, the Times reported.

But the officers charged him with offences under paragraph 67 of the Coronavirus Act, which only relates to potentially infectious people in Wales.

It beggars belief, doesn't it? Still, the courts will provide a vital check on such abuses of...


The teenager pleaded guilty when he appeared at Oxford magistrates’ court on April 20, two days after his arrest.

District judge Kamlesh Rana fined him £100 and ordered him to pay £119 in a victim surcharge and costs.


Thames Valley Police confirmed they had incorrectly charged Mr Brown and the case would be withdrawn.

How good of them! Is a grovelling apology to be made as well?


A spokesman said: “Our officers are out in our communities protecting the public and the NHS by engaging, explaining, and encouraging members of the public to abide with the government guidance. However, where they have seen non-compliance they have looked to use enforcement.

“We can confirm that in this instance Mr Brown was arrested and incorrectly charged under the Coronavirus Act and was convicted after he pleaded guilty to the offence. The Crown Prosecution Service is currently reviewing this case with a view to it being withdrawn.

“Any new legislation brings its own challenges, especially when operating in such challenging times and our officers and staff will continue to work tirelessly to protect the public by helping to reduce the spread of coronavirus.”

That's it? 'It's really difficult to know which legislation applies where'..? FFS!
Posted by JuliaM at 10:30

“Any new legislation brings its own challenges, especially when most of our officers and staff are as thick as mince."

This appears to be a major cock-up by several people, not just the Police who, it is admitted, started it all by the unlawful arrest.
If Lewis was arrested, the circumstances would have been relayed to the Custody officer, who accepted the arrest as lawful. Lewis would have been interviewed, hopefully, in the presence of a solicitor, (ALWAYS ask for a solicitor if arrested), who should have known the arrest was incorrect and unlawful. After all, how many people are even aware of that Covid Act, or what the various sections refer to?
The CPS made a huge mistake in authorising the charge and carrying it through to the court hearing. They should have realised their mistake and either cancelled the prosecution or offered no evidence in court. The fact that they didn't shows that either their solicitor, or that department, is not fit for purpose.
Also, the Clerk of the Court should have checked the legislation before the hearing and advised the Bench accordingly.
Everyone involved, except the arresting officer, had immediate access to a shedload of manuals, law books and internet access to legislation. The copper, as wrong as he was, would have been relying on his memory of being told of a new piece of legislation, to add to the many thousands of other pieces of legislation he is expected to memorise, and mistakenly applied this one.
I'm not making excuses, as the officer should have known better, but so should all those others, who were much higher paid and qualified.
It is not only the Police who owe this young man an apology.
Penseivat

What a surprise, the Police and the courts revenue gathering at its finest.

Interesting to see that Belfast is now the capital of Ireland. It certainly wasn't the last time I was in Belfast!

I guess you learn something new every day.

"This appears to be a major cock-up by several people, not just the Police..."

Oh, indeed! But who remembers the second and third in the race?

"Interesting to see that Belfast is now the capital of Ireland. It certainly wasn't the last time I was in Belfast!"

Interesting news I hear. I agree Boris should not sack Dominic Cummings as what Cummings did was ok. However, Boris and the police need to tread very carefully now about people going out, especially to see loved ones. I hope Boris makes it clear that lockdown will be lifted and we can visit friends and family while taking precautions because if he doesn't all hell will break loose. We cannot have one rule for us and another rule for them. The sooner he does this, the better.

I think Dominic Cummings needs to resign. I understand the need to travel for childcare but I just can't get over the jaunt regarding the 30 mile trip about his eyesight. It just doesn't rest well. The news is not going to go away and it is detrimental to Boris Johnson's leadership. Boris needs to look strong at this time, however, Cummings can look a better guy if he takes the initiative and resigns. He should just apologise to those he has offended and he hopes the public understand why he did what he did, but he does not want to deflect the importance of government at this difficult time. I think it's best.