I Thought Lawyers Were Good At Latin...?


Mandeep Sehmi, defending, said: 'He lives at an address with his partner of three-and-a-half-years and their child who is 15 weeks old.

'He is looking at his liberty being taken away, and he also has another child aged 12.

'He was intoxicated at the time of the offence. If he had been sober he wouldn't have acted in such a manner.' 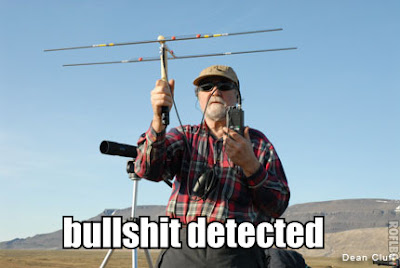 Sweetie, I know you're paid to parrot whatever the accused claims, no matter how unlikely, but seriously..?


'He is extremely ashamed and sorry for this offence.'

Which is why he handed himself in to the police the moment he sobered up and saw the publicity, right? Oh no, he didn't. Of course. His kind never do, do they?


'His family have received various threats including death threats and threats against both of his children.

'His family will have to deal with such repercussions alone without support. He is on Universal Credit and is in receipt of no other income.'

If the chat on social media about his traveller background is correct, then that's almost certainly a lie too...


Jailing him at Walsall Magistrates' Court, chair of the bench Brian Benton said: 'This court is restricted to a maximum sentence of 26 weeks. However, due to your early guilty plea you are entitled to a reduction of one third.

'The sentence this court will pass is one of 18 weeks. We are imposing a disqualification on you keeping an animal for life.'

Won't make a blind bit of difference unless you also impose it on this sewer rat's family, who will simply claim to be the owner should he be caught with another lurcher.

And no news report that I've read on this gives the fate of the dog in question. Is it too much to hope the cops that arrested him shot it in front of him and his twisted 'family'..?
Posted by JuliaM at 09:30

Email ThisBlogThis!Share to TwitterShare to FacebookShare to Pinterest
Labels: excuses, justice system, people who ought to be hung up by their thumbs, sometimes you win one, utter scum

The old Saxons used to halve the sentence if the perp was drunk at the time. But was the dog drunk?

Based on what cat food costs, I imagine that keeping and feeding a dog is a lot more. How can this fecker afford it on benefits? Probably smokes, and obviously drinks. Surely the lesson is that benefits are far too generous.

Many psychos who repeatedly torture animals exhibit high levels of aggression towards people. Yet even an unstable sadist can be found fitting work in the UK. Yes, I know he is also a lying piece of scum who never did an honest day's work...but such distinctions qualify him to wear the uniform and 'fit in' with like-minded plod.

This dross likes to get high and some gallows are.

Sorry to disagree with you Julia, but I can think of other parts of their anatomy which would be better.

"How can this fecker afford it on benefits? "

Because he's almost certainly earning more on the Black Economy. Or by theft.

"This dross likes to get high and some gallows are."

"Sorry to disagree with you Julia, but I can think of other parts of their anatomy which would be better."

It would prevent him bringing more useless mouths into the world, too!