The wife of a prisoner who had a heart attack questioned if he might have survived if he had not been inside, an inquest heard. 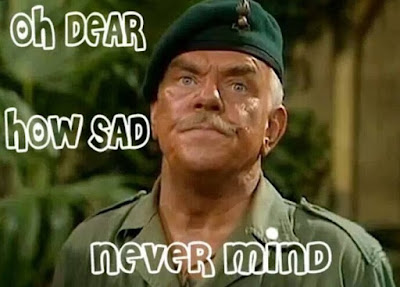 Miss Hamilton-Deeley said: “You feel if William had not been in prison then we would not be here today but we are where we are.

“Professor Hildick-Smith is a leading figure in his field and if anybody could have saved William it would be him.”

Miss Hamilton-Deeley praised ambulance crews and prison staff for their actions and said:

“Even if the hospital had been five minutes down the road, at that stage it was too late.”

Thankfully, a coroner with a working brain who doesn't think her role is to simper and protect the feelings of criminals' relatives...


Mrs O’Donoghue paid tribute to her husband and said: “His children were his life, and he loved life. His whole world revolved around them. Everything he did was for them, good or bad.”

I'm assuming he didn't do that much that was good, as it's the bad that would have meant he wound up in prison...
Posted by JuliaM at 09:00

Email ThisBlogThis!Share to TwitterShare to FacebookShare to Pinterest
Labels: good riddance, no sympathy

Cut down in his prime, eh? The mystery here is how a chronic smoking diabetic with a gut of leviathan proportions, survived for so long.

I'm confused regarding the fellow inmates being involved in a charity cycle ride. Round and round the exercise yard, or up and down the corridors?

"I'm confused regarding the fellow inmates being involved in a charity cycle ride. "

Special day release for it, no doubt... *sighs*