The Apple Doesn't Fall Far From The Tree...

Mr McLean's family were campaigning for justice following the incident.

'The incident' being the young scamp fleeing police, straight under the wheels of a police car. 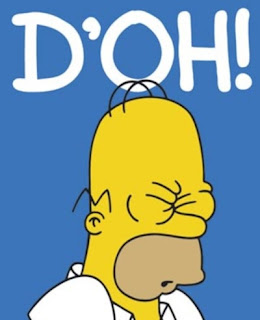 
Following the jury's verdict, which said there was not enough evidence to establish a connection between the actions of the police and Mr McLean's fall, the Berkshire Coroner, Heidi Connor's inquest hall erupted into shouts - and police said a fight broke out which spilled into the lobby outside the inquest meaning additional officers were called to the scene.

The moral of the story being: Don't run from the police, and if you do, and something bad happens, you've only yourself to blame.


ACC Ward said: 'An internal review of this incident has been carried out and no changes to our officers training have been identified...'

We haven't lost a budding brain surgeon here.
Posted by JuliaM at 09:00

I'm sure MTG1 will disagree as he was an eye-witness to the incident.
Fleeing from a burglary possibly carrying an axe-the family never mention that i'm sure
Jaded

1. There's the compensation claim against the Police (aka the taxpayer) out of the window. ODHSNM.
2. We can only hope he was too busy burgling to breed.
Penseivat

Surprised the sadly missed's occupation isn't mentioned in the news story. It's always interesting to hear what species of aspiring aspirer these little scamps are.

Based on his photo, we are probably better off without him. What had he done in the first instance? Anon 11:56 '27 year old father' - did you think he wouldn't?

"We can only hope he was too busy burgling to breed."

"Surprised the sadly missed's occupation isn't mentioned in the news story. It's always interesting to hear what species of aspiring aspirer these little scamps are."

Not budding Olympic material specialising in the high jump, I bet!