A hero policeman who was stabbed trying to protect victims from a knifeman who attacked six people at a hotel in Glasgow yesterday is fighting for his life. David Whyte, 42, raced to the scene of the knife rampage at around 1pm.

He is thought to have been the first officer to arrive at the Park Inn Hotel on West George Street - two minutes after the attack began. Sources said he had had been stabbed repeatedly as he tried to overpower the knifeman and save other victims.

Unfortunately for him, he wasn't armed. His colleagues were though, and promptly shot the attacker dead when they arrived, the armed wing of Police Scotland clearly being better shots than the Met...

So what was the cause? Well...clearly not the knifeman being a mad murdering bastard. It must have been the west's notorious lack of generosity to these doctors and architects, surely?


The knifeman had complained that he was 'very hungry' amid 'poor conditions' in the hotel during the coronavirus crisis before embarking on a rampage.

Asylum seekers living in the Park Inn Hotel were living on less than £5-a-day before the attacker, from Sudan, 'went mad and attacked people around him'.

I wonder how much he was living on in the Sudan?


Activists have hounded Mears Group and the Home Office since at least June 4 about poor conditions in the six hotels housing 400 asylum seekers across Glasgow.

Some asylum seekers complained they were forced to share bathrooms - something that made social distancing during the coronavirus pandemic impossible and worsened mental health issues, according to activists who have accused the provider of 'lying about conditions in the hotels'.

Well, clearly, they have a point: 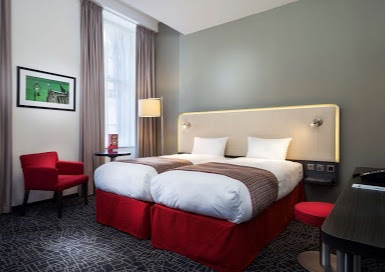 A refugee camp in the Sudan.

I refer to my post on June 22nd.
Jaded

Lots should be drawn to decide which white British should be flogged for electing a government that attracted asylum seekers with exaggerated claims.

Honest Sudanese folk should not be lured to these shores with false promises of all inclusive 5* star hotel accommodationn and a non contributory salary which is above the minimum wage.

It really is inexcusable.

I am only suprised that the activists aren't also claiming that part of the problem is Britain being THE MOST RACIST COUNTRY IN THE WHOLE WIDE WORLD. After all, if these illegal immigrants are so mentally ill, it may explain the 500 or so who paddle across the Channel every week, ably escorted by the French Navy and the British Border Farce, to come here.
There is a shed load of cruise liners parked off the south coast. Why not put these invaders in one of these while their asylum applications are processed (boittom levels only - no balcony suites or swimming pool access)? They then never set foor in the UK and, as most of these ships are registered in the Bahamas, once their application is refused, they can be sent there.
Penseivat

Interesting to note that the Jock Plod quickly reported that this was "not a terrorist incident".

Well that's obviously alright then, nothing to see here, move on.

"... electing a government that attracted asylum seekers with exaggerated claims."

As we see in Leicester, it doesn't seem as if these people really hate their home conditions, since they seem so eager to recreate them...

"There is a shed load of cruise liners parked off the south coast. Why not put these invaders in one of these while their asylum applications are processed..."

Are we anticipating 'Rainbow Warrior II'...?

"Well that's obviously alright then, nothing to see here, move on."

Is it just me that hears that and thinks 'au contraire', then?