Are You Having A Laugh?

A window displaying a “stop Brexit” poster was smashed by a thug in an act of “physical retribution”.

The home of former Lib Dem councillor Jean Howes, and Liberal Democrat secretary Bob Howes, was targeted on Tuesday night at 10pm as a “curb-stone” was thrown through the window.

Drunken yobs have been throwing bricks at people's windows since bricks (and windows) were invented.

Why does she think the poster had anything to do with it?


Jean said: “It is a sign of intolerance, and this is what happens when society begins to breakdown, people think they can act this way.

Errr....yes. We do. We had a vote. A democratic one. Your poster wants to halt the result of that vote.

Here, love. Look up 'democracy' in this: 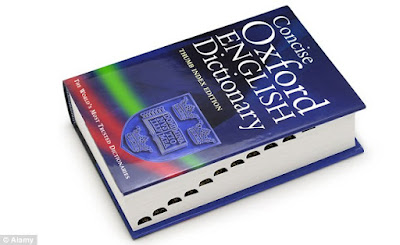 ...and we have been expressing our opinion, we haven’t forced it on anyone, we simply have a poster up.

“It is upsetting, it is sad that people feel the need to do that in such an aggressive way.”

If you were genuinely targeted due to the poster, you really only have yourself to blame.
Posted by JuliaM at 09:30

"Such an aggressive way"

I suppose accusing Leavers of being stupid & ignorant is O.K.? Displaying a mock target with the invitation to shoot Nigel Farage is O.K.?

If I displayed a "Brexit" poster I would be living in fear of more than just a stone...

Another triumph for homonyms

I find it fascinating that there are people who can hold two entirely contradictory ideas in their heads at the same time. Democracy is a good thing but Brexit must be stopped. Presumably democracy is only good as long as the majority of people agree with me. If you want the majority to agree with you, all you need to do is to win them over with reasoned arguments, that is how democracy works.

Obviously using a "curb-stone" is a political statement intended to stop or diminish something.

A mere yobbo would have used a "kerb-stone" which would have no political belief or affiliation.

Kerb stones I have seen are all big heavy lumps of concrete, or if old, stone.
Any yob hefting one of those should be in our national athletics team.

"Displaying a mock target with the invitation to shoot Nigel Farage is O.K.?"

Of course! It's always different when they do it.

"I find it fascinating that there are people who can hold two entirely contradictory ideas in their heads at the same time. "

You know what they say, don't try reasoning with someone, if it wasn't reason that got them there in the first place!

"Any yob hefting one of those should be in our national athletics team."