I Think We Know What You Mean...

The furious victim even contacted News Shopper to express her annoyance after being targeted at Croydon Road Recreation Ground.

"Children as young as eight had ran and snatched my bag on a lovely hot day with tonnes of children enjoying the day," she wrote.

The woman left her name but preferred not to be credited for her story. She said she found one of the little culprits who "admitted it was in the bush".

"I got my bag back but unfortunately the phone was gone. The children were of Irish kind and had no supervising adult."

Police have issued a Photofit: 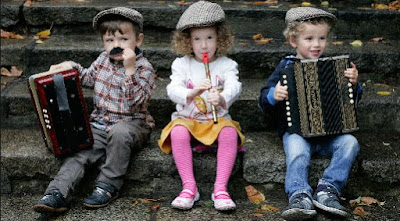 Them is not children, them is Leprechauns!

Dim Dave introduced 'Hug a Hoodie'. Why can't we introduce a 'Slap a Thieving Brat'.
Penseivat