Rupa Huq in the 'Guardian':


I hate to say “I told you so” but we remainers were always sceptical when the pro-leave side promised that a vote to leave the EU would mean subcontinental chefs would be welcomed with open arms. Alas, the curry unions bought it.


The Economist has observed “The curry house is a British institution”. At the high watermark of New Labour, Robin Cook declared chicken tikka masala was the national dish.

Apparently, Rupa is terribly concerned that two curry houses close every week, which has everything to do with being unable to recruit chefs from India and Pakistan, and absolutely nothing to do with the ordinary pressures on other types of shop that close unnoticed by Rupa.

If a pizza shack falls in the high street, and Rupa doesn't hear about it, does it make a sound?


On the Today programme and elsewhere curry leaders accordingly came out for Leave, believing this was the only way to save their industry from extinction. I doubt that the curry constituency could have swung the result, but it was sorely misled.

Really? Well. there's a lot of it going around, love... 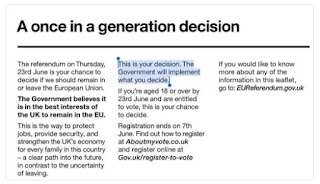 Theresa May’s immigration minister declared that there are no plans to deviate from the long-stated strategy to have our own home-grown curry chefs rather than to import them. Just as Osborne said 12 months ago. No change there then.

How awful! How terrible, expecting British-born people to work in the curry house industry! What monsters!

Having had the 'pleasure' of spot checks in curry house kitchens, have not eaten in one for years. Did you know that curried, diced, meat will 'keep' for 15 days without refrigeration, and often does? More nan bread and chutney anyone?

I was going to take you to task for reading the Guardian that bastion of perverse truths and ideologies. I certainly have no stomach to be able to do so but then I though someone on the side of logic, reason and common sense should bite the bullet and do so so as to keep us on the sane right informed of the thinking and actions of the intellectually retarded left. I appreciate that it is you.

I recall a lovely song from the show "Oklahoma" about treating a girl to a curry with a sauce on top.

It was a sad day when Thatcher the Evil One closed the curry mines.

I often wonder if India is full of English restaurants.
Jaded

Julia, I think you've nailed this month's Quote of the Month. "If a pizza shack...". Sheer genius, and that's after a day's hard graft reading the Guardian.

"Having had the 'pleasure' of spot checks in curry house kitchens, have not eaten in one for years. "

What the eye doesn't see, the stomach never heaves over... ;)

"I appreciate that it is you."

You couldn't pay me to read it. But it's become a hobby :D

"I often wonder if India is full of English restaurants."