Following discussion with the Crown Prosecution Service, Mr Doyle is no longer charged with the offence and will not be appearing at court.

What? Your achingly politically correct collar is all going horribly wrong for you?  Gosh! How to express my feeling on this? 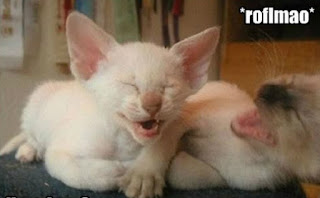 So, is this down to the furore over the case? Has someone a little further up the food chain decided to try to pull your irons out of the fire?


Police may not make charging decisions on offences under Section 19 of the Public Order Act.

Wait. Let me just process this.....you were so eager to railroad this poor sod you forgot you didn't have the authority to do so!?


There will be further consultation with CPS.

I hope they're going to be around how you can fire the cretin who authorised this arrest and the 'just obeying orders' drones who carried it out like automatons.

They've done you more damage than the last lot of bungling cretins in uniform managed, and I never thought that would ever happen...
Posted by JuliaM at 09:00

Email ThisBlogThis!Share to TwitterShare to FacebookShare to Pinterest
Labels: identity politics, police out of control, pr disaster, public sector, sometimes you win one, they don't like it up 'em

I know it's hard, but some people need to go to a lawyer and say "right, I don't care if it costs a bit of money, how do I fuck up the people who did this?" and make a few coppers lives miserable as a result.

Of course he wasn't going to court. He never was going to. It's process-as-punishment combined with public signalling. For me, it's a disgrace. The police can shut the fuck up next time they complain about lack of resources. When you've got money to spend on something that is not a crime, you have money to burn.

The DDR was better than this said...

I know nothing of the law except it isn't my friend, or even neutral towards me and my kind.

But if there isn't a case for charging the plod involved with false arrest and wasting (their own) police time there damn well ought to be.

Let's see, abuse of authority (in carrying out an act they were not entitled to); unlawful arrest (Muslim is not a race); assault (in taking hold of him when making the unlawful arrest); kidnapping (in forcing him to be taken somewhere he didn't want to go); unlawful detention (in having the (unlawful) arrest authorised). The kidnapping allegation may be a bit over the top, and there may be one or two more offences I can't think of at the moment, but there is no doubt the Met officers concerned should be ashamed of themselves and make a full, grovelling, apology. Thank goodness I'm out of it.
Penseivat

It's probably unfair to suggest that tasks involving greater complexity than telling the time, will seriously challenge the average plod brain. Not all are dead from the neck up and it is reasonable to assume that Sir Bernard Hogan-Howe, who must be 'there' brightest example, flexes an organ of rudimentary intelligence, concealed in some unusual part of his anatomical slime. Sir Bernard definitely defines the upper limit of plod intellect; which is why policing is in deep shit.

I saw an advert for direct entry superintendents, that was one of the things the constabulary had going for them everybody started off at the same level. Utter stupidity I think we can expect more of this.

I can't wait for his next tweet:
"Spoke to a Police officer in Croydon today and asked him, "What's all this about an unlawful arrest?" and he replied, "Nothing to do with me.". A mealy mouthed reply"
Penseivat

Both Melvin and BHH are from Yorkshire. Both are buffoons. Does that mean every person in Yorkshire is the same?
There their
Jaded.

"It's process-as-punishment combined with public signalling. For me, it's a disgrace. The police can shut the fuck up next time they complain about lack of resources."

I've been thinking this for a long time now. You're 'underresourced', yet you find time for this?

"I know nothing of the law except it isn't my friend, or even neutral towards me and my kind."

Have you thought about joining up? It seems that's no bar to recruitment any more!

"Thank goodness I'm out of it."

But what are we employing now, that the basics aren't drummed into them?

"Utter stupidity I think we can expect more of this."

Depends on how much they are made to sweat on this, I suppose.