"Is That A Pistol On Your Facebook Page, Or Are You Just Pleased To See Me?!

A man was prosecuted for posting a picture of himself on Facebook posing with...


Christopher Turnbull, of Grangemouth, Scotland, was charged with a criminal offence for posting the picture, which was seen by a Stuart Brodie of Police Scotland.

No surprise there, I guess!


The 45-year-old was eventually cleared at Falkirk Sheriff Court (magistrates' court) on August 31 – but his pleas for prosecutors and the legal system to see common sense before the trial went unheard.

Oh, bless him! He thinks there's common sense in the legal system! I wonder if he believes in fairies & unicorns too?


Turnbull was charged with posting pictures and videos that were "grossly offensive or of an indecent, obscene or menacing manner, in that they depicted [Turnbull] in possession of a cache of firearms and explosives".

I'm amazed Police Scotland haven't made utter fools of themselves before this, raiding 'Blockbusters'... 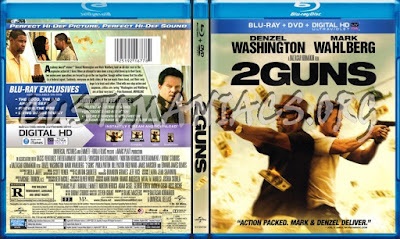 In a vain attempt to make procurator fiscal (Crown prosecutor) Jennifer Harrower do the right thing and drop the case, Turnbull's solicitor, William McIntyre, wrote: "My client's concern is that he wonders why he has been singled out for prosecution from the fifty thousand or so other members of the United Kingdom Airsoft Retailers Association who regularly post these types of images on social media. I am not sure if you are aware of the fact that Airsoft is an extremely popular leisure pursuit all over the world, as well as within Central Scotland where there are skirmish sites in both Grangemouth and Bonnybridge."

He added that around 300 pictures had been posted in July alone on the airsoft group where Police Scotland's Stuart Brodie had copied the pictures for the prosecution.

Indeed! One wonders just what it was that poor Turnbull did to provoke the ire of Police Scotland. And least you think that the justice system up there finally came to its senses...


We understand a break in the chain of evidence rendered the prosecution's evidence legally worthless.

Which could be a hurried attempt to back out with less egg on their faces, or could be that they are incompetent as well as wasteful and authoritarian.

And it was the removal of these that apparently scuppered the case. So can't they be done for tampering with evidence?

Na. I have pictures of myself, and others with HUNDREDS of REAL fire arms. Muskets, Canons, Flint lock pistols, swords, bayonets. Waterloo, 1015, 600 canon firing at once. Wonder what Police Scotland would make of that? I think I may post the picturtes to their web site. :-D :-D :-D

^^Scare Plod with those Facebook pics of you posing as a 20 stone Viking peasant woman. You know, before you put on all that excessive flab, Ragnar.

"Wonder what Police Scotland would make of that? I think I may post the picturtes to their web site. "