"Well this is a song about a travellin' man who knows just what he wants."

A traveller has complained he has been stuck on a patch of land for a week after it was blocked off by the council.

Richard Brannan set up home at the 39 Acres site off Ditchling Road, Brighton, four weeks ago, and says he has been living peacefully on his own.

However, last Friday, he noticed he was unable to leave because the area was blocked off at the entrance and exit.


He said: “The council warned me on the Wednesday they would be blocking the area off but I was waiting for the car to be looked at.

“Then on Friday it was blocked.” 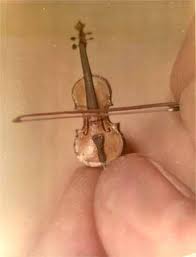 He said the predicament was also costing him money as he cannot get to work.

Ahahahahahaha! Stop! You're killing me!


But he claims this is not the only thing making it hard for him a financially. He said: “I usually shop at Lidl, which is really cheap.

“But I am having to shop at Asda now.

*wipes away tears of mirth*


A council spokesman said: “We have not purposely blocked Mr Brannan, who is actually trespassing, on to the land at 39 Acres.

“He fully knew we were blocking this entrance to the site to stop other trespassers and he had told the council he did not need to move his van until we served him with a court order, which will take place as soon as possible.

“Mr Brannan has also told us he can come and go easily from the site as he has both a push bike and a car that he parks outside the land.

“Mr Brannan is well known to the council and has our phone number so if he now wants to leave the site we will arrange for the entrance to be unblocked. We will however block the site again to stop other trespassers.”

You can almost imagine the weary tone of voice they used, can't you?
Posted by JuliaM at 10:30

Email ThisBlogThis!Share to TwitterShare to FacebookShare to Pinterest
Labels: Brighton train-wreck, hoist by their own petard, local councils, sometimes you win one, travellers

From the article I would deduce that whilst he is a travelling itinerant worker he isn't actually a Traveller so of course will not possess a 'pikey pass'. Note he also spoke of buying from Lidls...

Time to send in a digger and crush/remove the caravan then. I mean it was parked there illegally someone who doesn't give a toss about other people's property... why should anyone else care about his poxy caravan.

Bullsh1t. Lidl & Aldi do not undercut Asda et al to that extent, to do so is not maximising profits.

"Note he also spoke of buying from Lidls..."

"Time to send in a digger and crush/remove the caravan then. "

Splendid idea. Let the dags out first, though?

"Bullsh1t. Lidl & Aldi do not undercut Asda et al to that extent, to do so is not maximising profits."

You won't find a 'journalist' querying anything they are told.