And I Thought 'Silly Season' Would Pass....

...without, well, someone being silly. So vive la France!

English Channel beaches in France were closed yesterday after a crocodile was said to have been spotted in the sea.

The 'huge' creature was apparently seen swimming around sailing boats in the port of Boulogne.

It is high season on the Channel beaches, with thousands swimming and sunbathing, and a local official said: 'We decided to close all beaches nearby and ban swimming just in case.'

Earlier this week beaches were shut in the south of France following a shark alert, but the creature turned out to be a dolphin. 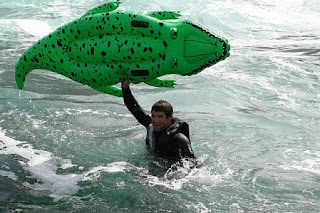 Artists impression of the hunt for the Beast of La Manche
Posted by JuliaM at 11:05

Email ThisBlogThis!Share to TwitterShare to FacebookShare to Pinterest
Labels: /facepalm, health and safety

Huh. Turned out to be a big piece of wood. Okay everyone, best cod Aussie accents and altogether now:

"Huh. Turned out to be a big piece of wood."

I didn'r even know Keanu Reeves was in France...