Kim Leadbeater is extremely angry. This Sunday marks the third anniversary of the murder of her older sister, the Labour MP Jo Cox.

Oh, it's that time again? Let the griefwhoring begin! Mind you don't step on the toes of the Grenfell Tower mob, love...


‘This week, with the anniversary, is always difficult but then every day is difficult. The sadness and sorrow never disappear. I still haven’t processed what happened properly. We’re very lucky that that individual who killed Jo will never be out of prison.’ 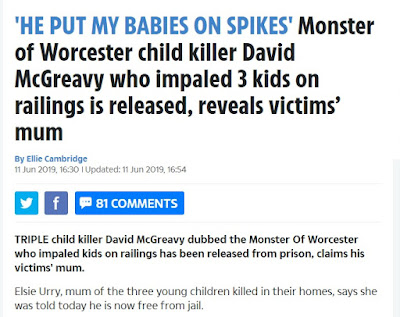 What assurances has the Cox family received that they can confidently say this, I wonder? Because with the parole board, it seems anything can be excused:

The panel said it had found McGreavy had “developed self-control”, and took “full responsibility” for his crimes. It also said he had a “considerable understanding of the problems he has had and what caused them”.

The problems 'he has had'. Not those he caused. So why won't the same apply to Cox's killer some time down the line?

But never mind, there's virtue signalling to be done:


‘Our politics feels bitterly divided. Brexiteers are labelled fascists, Remainers called traitors, people who disagree with us are “The Enemy”... it’s a total mess.’

The statistics seem to back her up. In the short period since Jo was killed, the number of people charged with sending malicious messages has risen by 38 per cent, and the number of death threats reported to the police has risen by 70 per cent in two years.

‘The people I have spoken to are struggling to pinpoint why this is happening, but what I’m clear on is that we need to fix it,’ she says.

It's happening because finally, the public have woken up to what a shower of shits they've elected.
Posted by JuliaM at 09:00

Email ThisBlogThis!Share to TwitterShare to FacebookShare to Pinterest
Labels: justice system, one law for all, politicians, probation

She does say 'the people I have spoken to'. So she speaks to her protected little bubble and doesn't understand. That is pretty much the way that Brexit and Trump were dismissed. They are simply too stupid to learn.

Personally I'm surprised that Cox is the only one. If they manage to avoid Brexit then I'm sure there will be more.

The people I have spoken to, remainers and leavers, are pissed off with the bunch of traitors in parliament and if at any time some of them decide that democracy ain't working then we might see some action.

It isn't just here either and other countries have a history of being less tolerance than us.

Remember JuliaM, when it's just "little people" who are victims the Parole Board is happy to release the perps on the basis that the perps now realise how naughty they were, that their anger problems are under control and, most likely (but not certainly), they won't murder again. Hence the releases of McGreavey and Noye.

But you can rest assured that Jo Cox's killer will never be released. After all he murdered a saint and his lawyers didn't run an insanity defence (although he was on medication for mental problems). Had he killed a prominent Leaver and non-Lefty I suspect he'd be at the front of the release queue.

It won't happen to Cox's killer down the line because that is a high profile case which the public are aware of. It's all about marketing...

"So she speaks to her protected little bubble and doesn't understand."

Shades of 'I don't understand, no-one I know voted for Nixon!'..?

"It isn't just here either and other countries have a history of being less tolerance than us."

And are mostly now here, and not in 'other countries' at all!

"But you can rest assured that Jo Cox's killer will never be released."

I suspect you're right.

And hundreds of thousands appear to not want what they're selling...