Are We Not Allowed To Point Out There's A Good Reason For This..?

Black people in Essex are still eight times more likely to be stopped and searched by police as white people.

Errr, yes. And...? There's a massive county lines drug problem in Southend, due to its proximity to London.

Who do you think is selling these drugs?

But of course, it's an excuse for the usual suspects to start braying like donkeys:


In an open letter to the the Home Secretary, a coalition of 20 race equality organisations expressed grave concerns with the new scheme.

They said: “Home Secretary Patel’s claims that ‘stop and search’ tactics are the foremost way to curtail serious youth violence are erroneous at best and disingenuous at worst.

“Deliberately or not, the Section 60 proposals are too often discriminatory, inflammatory, ineffectual in reducing serious violent crime, and ultimately alienating to a generation of young children and adults that are from black, Asian and ethnic minority (BAME) heritage.”

Are the public allowed to have an opinion on it? 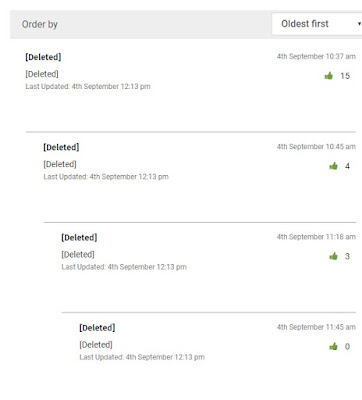 Back in the 1970s, when those lovable rogues from The Emerald Isle were trying their own mini re-run of the blitz in London whilst I was working there, I was frequently stopped, both as a pedestrian and a driver, by Plod who were seeking various Provos and ancillary malcontents. Since The misty-eyed Sons of Erin were 100% exclusively caucasian, I never saw Blacks, Asians or Red Indian grandmothers being stopped. How despicably racist to not include them in the "Meet Mr Plod" initiative of those days.

I'm just waiting for the Guardian - or some such similar 'Idiots' Daily' to demand apologies and compensation for their outrageous exclusion.

Where do I start? If only the general public were allowed to pop into my police station and see the mugshots of our most prolific suspects.
Guess what the common theme is? My borough is overwhelmingly white by the way. (Not telling you which one though)
Jaded

"Where do I start?"
Ease one stiff buttock at a time out of the ergonomically-tailored seat for the purpose of getting to grips with some real police work, WC Jaded. Ditch the irritating smirk and allow me to plead for the merciful engagement of at least 100 neurons in the compilation of 'witty' comments.

The public no longer expects honest discourse regarding the exponential rise of young black, criminal predators. If you already suspect that Mr Plod's financial interests are best served by a recipe which includes flagrant indolence, additional contention, farce and indifference for law and order, you are not alone out there...

All hail the policing expert. He has spoken. Not sure what it all means but I'm only a pleb after all.
Jaded

"How despicably racist to not include them in the "Meet Mr Plod" initiative of those days."

Back then, I bet no-one was scrutinising the stats to ensure 'fairness'...

"Guess what the common theme is?"

No need, now Twitter & Facebook have become the cops 'go to' for 'Have you seen this person?' appeals!