Police use their Tasers on black people for longer, according to a watchdog report which looked at cases including the deaths of 16 people.

The investigation by the Independent Office for Police Conduct also flagged concerns about the increased use of Tasers on children, the mentally ill and pensioners.

All people likely to be unwilling or incapable of following orders and complying with the police, you mean? Well, I never...

...it spelled out 'missed opportunities' for police to de-escalate the situation before drawing the weapon.

How do you 'de-escalate' a situation like this? Someone who is mentally ill and a danger to himself and those around him need to be brought under control first.
If not with a Taser, then with one of these: 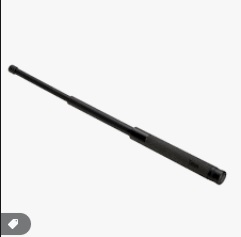 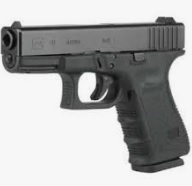 Because that's the alternative.

Michael Lockwood, IOPC director general, said: 'We recognise that Tasers are an important tool in policing.

'However, if the concerns identified in our report are not addressed, there is a risk the police will lose the trust and confidence of the communities they serve.'

Deborah Coles, director of the Inquest charity, said: 'This review is welcome but the recommendations do not go far enough to create the systemic change needed.

'We don't just need more scrutiny, community oversight, or training or guidance. We need the IOPC, police chiefs and oversight bodies to hold police officers to account when they abuse their powers and to confront the reality presented by this evidence.'

Oliver Feeley-Sprague, Amnesty International UK's policing expert and a member of the independent advisory group to the National Police Chiefs' Council lead on Tasers, said: 'This should be a wake-up call to the police and the Home Office over the use – and misuse – of these potentially lethal weapons.'

Fine by me. Go back to bashing them over the head with a length of metal or putting a bullet in them.

There will be a self-proclaimed expert along in a minute telling the police how to subdue violent criminals. I'm all ears.
Jaded

It would be interesting to find out just which pensioners the police feel they need to Taser as surely not that many could present a credible risk to a fit young police officer. I might of course be underestimating the ferocity of a cornered none TV licence paying senior citizen. As for losing respect of the community well that went a long time ago when the communities were abandoned by the police that they never see anymore. These days in my experience the police will use any excuse or trick in the book to avoid attending a situation.

Time to show a 'thumbs up' for plod, JuliaM?

Make them aware that in spite of a traditional preference for a proper n**ger lynching, you are ready with an old-fashioned, supportive wink for any means of execution.

No answers to the problems of dealing with violent lawnmower thieves, just snide comments. You never fail Melvin.
Jaded


Several fundamental differences are evident in our lives and actions, WC Jaded.

Insofar as they concern blog activities, the anonymous posting of adverse comment is, in my view, an act of extreme cowardice and usually the ingrained habit of pond life. My comments with regard to police performance are invariably detrimental to their propaganda but I remain reluctant to withhold my identity for personal reasons. Whilst my compositions will never be in the same league as Hemingway's, I was inspired to imitate his brutal honesty from an early age. It's down to a personal choice, just as yours is to cravenly snipe from the safety of total cover and to knowingly besmirch police critics with downright lies.

You beat me to it, Jaded!

You beat me to it, Melvyn.

My point exactly Melvin. Snide comments but no solutions or suggestions .
Jaded

You are at liberty to endorse my point that most police are self-serving, cowardly liars, WC Jaded. Whilst it may not be glaringly obvious to you, defunding is my solution for an ever
-worsening, chronic problem.

"There will be a self-proclaimed expert along in a minute telling the police how to subdue violent criminals."

Of course there will. Secure in the knowledge they will never have to take their own advice.

"It would be interesting to find out just which pensioners the police feel they need to Taser as surely not that many could present a credible risk to a fit young police officer."

Dememtia patients and suicidal OAPs? They can't be reasoned with and getting physical risks injury TO THEM more so than the cop?

When they do a good job, yes. And I'm willing to bet on 99.9% of these cases, that's exactly what they did.

"...the anonymous posting of adverse comment is, in my view, an act of extreme cowardice and usually the ingrained habit of pond life. "

You were christened 'MTG1' then? Must have surprised the vicar...

'Must have surprised the vicar...'

Indicative of a brain growing feeble with age, is the inability to interpret elementary clues and a ridiculous assessment of plod doing a good job, JuliaM.

Maths was not your subject because it is evident that you never grasped the concept of 'confidence intervals'. Given the power of your stated odds, I could not even reserve them to the hypothesis that you were once smarter than WC Jaded.