So, It's OK To Blame A Victim Of Robbery Or Vehicle Crime..?

Pupils in Bristol were given the leaflets, which said “R U Asking 4 It?” on the front cover, at the Only Yes Means Yes event last week.

They were produced nearly 10 years ago and were aimed at student safety following a spate of robberies and vehicle crime.

Well, there's Virtue Signalling to be done here, of course. To the Smugmobile!


Teenagers from the North Bristol Post-16 Centre took to Twitter to criticise the police for handing out the leaflet.

Eloise Mainstone wrote: "We should be teaching people not to rape, not teaching us how to avoid it."

Damn! Why didn't anyone else think of that? It's so simple! *slaps forehead*


Avon and Somerset Police said the leaflets were "inappropriate" for the session and would be destroyed.

Wait, what? Are they no longer useful for the intended purpose? I'm pretty sure they are. Let's check: 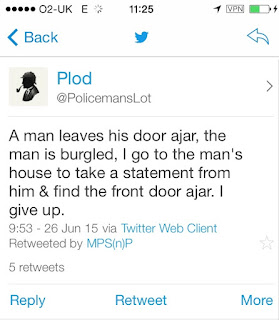 Yup, seems like it's still prevailing wisdom amongst the boys in blue that taking precautions against crime is sensible.

So...why can't it work the other way around? 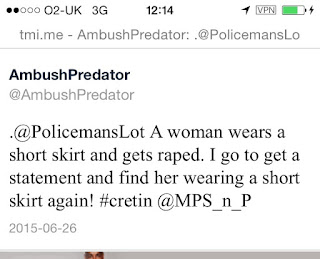 But no. The SJWs must be appeased, not just with abject apologies and denials of basic common sense...


Chief Inspector Marie Wright, force lead for rape and sexual assault, said: "Any suggestion that a victim of rape or sexual assault can ever, in any way, be to blame
is totally unacceptable and is the exact opposite of the message we've worked so hard to get across through our 'This is not an excuse' campaign.

"Our stance couldn't be clearer and the students were right to challenge the incorrect message.

...but also with a sacrificial burning of the 'offending' material:


"We're sorry this has happened. I will personally ensure a correct session is delivered to the students involved and have already arranged for the leaflets handed out, which are nearly 10 years out of date, to be destroyed."

Can she be arrested for wasting taxpayer money?
Posted by JuliaM at 11:00

Plod were ever afflicted by a dearth of brain power and others must recognise the line to be drawn between parody and mockery.

We wear a seat belt in a vehicle to lessen the risk of injury if that vehicle is involved in a road accident. So what is the difference between doing that and taken precautionary measures to lessen the likelihood of being the victim of a crime. We know the car should not crash as we know people should not commit crime but both do happen. We work towards both not happening but until we have found a way ensure no crashes no crime then ffs act responsibly and stop whinging about having to.

Rape is hardly the biggest problem. The one this story demonstrates is that the current generation of iPhone educated moralists are retarded.

Who cares. I'm fed up with these crusaders. We will teach our kids to be careful and these SJWs won't. It is about time that these people started to feel the pain they inflict on others.

Seems sensible to advocate helping your friends home if they've got pissed. It happens, some people are bastards and should be strung up, so if you're out with a friend whose had one too many, help them get home. Bloody simple.

Can she be arrested for wasting oxygen?

"We wear a seat belt in a vehicle to lessen the risk of injury if that vehicle is involved in a road accident. So what is the difference between doing that and taken precautionary measures to lessen the likelihood of being the victim of a crime."

As far as I can see, absolutely nothing. Perhaps I should stop wearing one to proclaim my 'empowerment'?

"It is about time that these people started to feel the pain they inflict on others."

In the faint hope that it'll be a learning experience? I'm not hopeful, frankly...

"Seems sensible to advocate helping your friends home if they've got pissed."

What sort of friend needs telling this..?

"Can she be arrested for wasting oxygen?"