Something Even More Curious Than The Defendant's Name...

A man has been convicted of ignoring council orders to demolish a cottage he built without permission.

But leading councillors from the authority that prosecuted him say they will not force him to knock it down.

I guess they figure with a name like that, the poor sod has suffered enough… 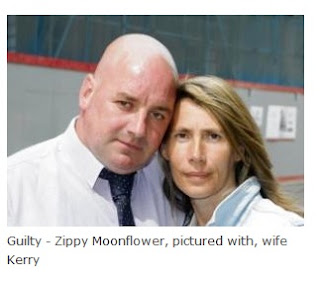 You've gotta be kidding me....

…Peter Halliday, Tendring Council’s deputy leader and councillor responsible for finance, said the case against Moonflower was built on technicalities and should never have reached court.

He added: “Neither me, nor council leader Neil Stock, are in the business of pulling down people’s homes. Both of us will be looking at positive ways forward to ensure Mr Moonflower does not end up without a house.

“We will be doing everything we can to ensure it remains standing.

“I fully understand the court’s position and the enforcement notice is factually correct. But morally, has the man done anything wrong?

“We don’t think so. He has been caught out by a technicality. It has gone on for 11 years and that’s unacceptable.

“We possibly should have stopped him while he was building it. Are we really going to knock his house down and make him part of the housing issue? No.”

Curiouser and curiouser...
Posted by JuliaM at 09:10

Just watch every Pikey in Britain start changing their names by deed-poll .. ;)

We are all Zippy Moonflowers.

I fail to see anything amusing about this poor man's name nor those of this brothers 'George' and 'Bungle'.

Which one of the two blokes pictured is the "wife"?

The poor bloke has obviously suffered enough. His 'missus' is obviously the love-child of Martina Navratilova and Tommy Cooper.

What was the story about again?

Isn't planning law just a collection of technicalities? Can't the same be said for all law? It would appear that the planning department has just willed itself out of existence in a fit of laisser-faire self-doubt.

A local council not taking the opportunity to wield its power because the who'd be on the receiving end hasn't actually done anything that harms anyone else? What the hell's going on?

"Which one of the two blokes pictured is the "wife"?"

They make a good couple....

What was the story about again?"

Heh! That was pretty much my reaction too...

"What the hell's going on?"