How To Compound Arrogance With Lies...

Seems it wasn't just Wiltshire Police (be honest, who thought it would be?):


DCI Paul Taylor, of Cheshire Constabulary, said he was not aware of any officer contacting newsagents by telephone but added: “We were aware of the potential for heightened tensions following the attacks in Paris. Therefore where it was felt appropriate officers visited newsagents to provide reassurance advice around the time of its publication.”

And you needed the names of purchasers for that? *hollow laugh* 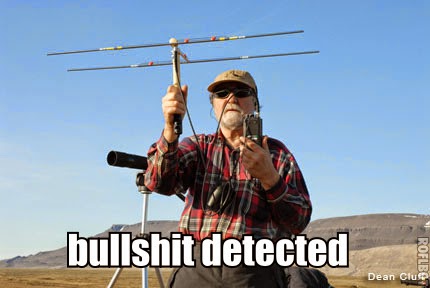 Seriously, heads need to roll for this.

Happily, newsagents are less obsequious to the police in Cheshire and Dyfed-Powys and so at least they didn't hand any names over.

But congratulations to the police for handing Teresa May a huuuuuuuuuuge stick to beat them even further with, after the success of the #TruePicture Twitter campaign. Truly, they are masters at snatching defeat from the jaws of victory!
Posted by JuliaM at 09:05

Email ThisBlogThis!Share to TwitterShare to FacebookShare to Pinterest
Labels: a likely story, police out of control

Yes, but the mere purchase of this magazine is prima facie evidence of the propensity for hate crime against muslims, innit?

I think Ted is right, any kind of 'support' to show sympathy for the victims of islamoterrorism whether it is the purchase of said mag, wearing a badge or displaying a sign 'Je Suis Charlie' would seem to make one a target for the UK authorities. Given the incidences it is clearly not just a numpty plod or PCSO trying to think for themselves. Still, good news on the Mozzie birthrate this morning! WTF will it be in another 10 years?

This, THIS article in the Grauniad - the GRAUNIAD?! The Grauniad, getting antsy about freedom of speech? Methinks pink petticoats are showing beneath the flowing robes worn in sympathy with Mozlem wimmin (and various frustrated cross dressing Wadi waders).

"...prima facie evidence of the propensity for hate crime against muslims, innit?"

"Given the incidences it is clearly not just a numpty plod or PCSO trying to think for themselves. "

Nope, it was directed. Fahy owned up and issued an apology. Through gritted teeth!

"The Grauniad, getting antsy about freedom of speech? "

The Sixties remnant do like a chance to stick it to the police..