Gosh, Why Is The UK Civil Service Now So Poor..?

Richard Heaton puffs up his chest like a turkeycock:


I’ve been the Civil Service race champion for a year now.


I have met people from all backgrounds, cultures and communities who know that things must change for black and ethnic minority civil servants. They know that the Civil Service must become better at recognising, nurturing and appealing to black talent.

What about brown talent? Or yellow talent? Don't they count?


… mostly they are optimistic. They see that we are doing lots of hard work: investing in talent programmes, making promotions fairer, encouraging role models. They have read the Talent Action Plan. They know that this is a Cabinet Secretary priority. They have heard that the Civil Service is introducing an anonymised application process.

I suspect they are also very well versed in what 'lots of hard work' really means in the Civil Service.


We are an organisation with the right values and leadership, and we have in hand a programme that can enable us to become the best and most inclusive employer in the UK. But the optimism is not universal – neither mine, nor that of the many staff I meet and talk to. The observation I hear most often is that for a real difference to come about, our culture has to change.

Hmmm, OK. What do you suggest?


The scarcely perceptible cues and assumptions that make some people feel undervalued or ignored.

Never mind what they feel, are they undervalued or ignored? Facts, not feelings!


The apparent bias that we see in some performance markings.

Again, is there bias, or isn't there?


The tendency of some promotion panels to play safe and to make appointments in their own likeness.

The general reluctance to talk or inquire about race.

The fact that your position actually exists is proof that some people never bloody shut up about it!


If you’ve read this far into a blog post about race in the Civil Service, it’s likely that you think this is important.

Nope! I’m just here to mock. And to see how my taxes are misused…


So what can we all do, together or individually, to nudge our culture in the right direction?

Aha, the 'nudge'. I knew that'd make an appearance.


Talk about race. Encourage others to talk about it. Maybe arrange a viewing of Jane Elliott’s “Brown Eyes, Blue Eyes” video at your next team meeting. 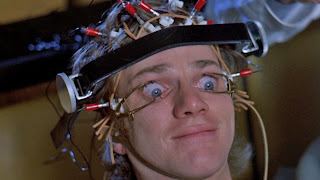 "Now, a short presentation from HR before coffee break..."

If you’re involved in running a promotion or appointment process, ask whether you can avoid an all-white panel. If you find yourself shortlisting no black or ethnic minority candidates, ask yourself whether you have searched, advertised and sifted properly. Are you sure potential candidates haven’t stumbled over some inherent bias in the process?

Or maybe they just weren't the best candidate, despite being a tick in the 'diversity' box?


During this Parliament, the Civil Service will continue to change in shape and size. Most departments will continue to get smaller. This is totally compatible with increasing the diversity of our workforce, but only if we are careful about how we downsize. … Managing organisational change and downsizing are some of the most important and difficult tasks we face. In the end, decisions about who stays and who is released are for permanent secretaries and executive teams. I hope my colleagues across the Civil Service will join me in making a commitment to champion diversity as we become smaller.

Hmmm, this seems to be saying 'Let's sack the white ones first', doesn't it?

During a (mercifully brief) spell in the civil service a few years back I had to sit through that ghastly "Brown eyes, Blue eyes" video as part of a whole day(!) of "diversity training" (it was more of a "kill whitey" hatefest in all honesty, run by an all white team of commissars, sorry, "facilitators").

When we moved on to the discussion I let rip on the wretched bastards - while smiling all the time - so badly one of the women leading the struggle session started crying and the head Maoist brought proceedings to a close about an hour early and sent us for lunch. The hate, fear and bewilderment in his eyes as my topics of conversation ranged from de-Kulakisation to the Great Leap forward and the collapse of Yugoslavia is a treasured memory.....

Oh, I'd have paid good money to have seen that!