Miss Omalley said: 'I looked like Pete Burns. It looked like there were two raw sausages tied together on my face.'

She added: 'I've never experienced anything like it. I thought I was stuck like that. She’d messed my whole face up.' 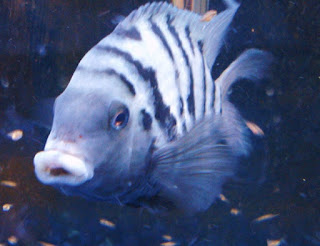 "It's terrible" said Miss Omalley, speaking to our reporter yesterday

The mother-of-three had undergone lip fillers before but had never tried the at-home treatment. She paid for one session, believing the service looked 'professional'.

But she claimed the woman had poor hygiene and did not wear gloves or carry the needles in a sterile case. She also said she did not fully explain the consent form.

If she'd undergone the procedure before, didn't she already know it?


Miss Omalley said her five-year-old daughter Lily was 'traumatised' by the incident and that she couldn't let her other children, 18-month-old Nellie and seven-month-old Tommy, near her mouth.

At least it should stop 'Miss' O'Malley from breeding for a while.
Penseivat

At the rate she's popping out sprogs it's not her facial labia she should be worried about.

"At least it should stop 'Miss' O'Malley from breeding for a while. "

I dunno, the kind of male she's likely to roam with isn't that fussy.

"At the rate she's popping out sprogs it's not her facial labia she should be worried about."