Out Of The Mouths Of Babes And Morons....

A danger dog was today sentenced to death after his owner was found guilty after the huge American Akita burst into a garden and savaged a 13-year-old girl while she played on her trampoline.

He had an excuse. Don't they always? And isn't it always pathetic?


...he denied a charge under the Dangerous Dogs Act in relation to the incident – claiming he had a “reasonable belief” his 80-year-old gran was a “fit and proper” person to care for the dog, described as “muscular and powerful”.

He's clearly not the sharpest knife in the drawer.


Ralph himself denied that he knew his dog had a “propensity” for aggression.

During his evidence Sheriff Jamie Gilchrist QC asked Ralph: “Where did the dog’s name, Chaos, come from?”

Ralph claimed one of his two children had come up with it, adding: “He was always up to mischief and stuff.”

The sheriff asked: “But you didn’t call him Mischief, you called him Chaos?” 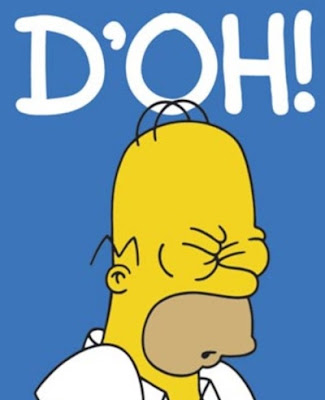 Email ThisBlogThis!Share to TwitterShare to FacebookShare to Pinterest
Labels: dangerous dogs, excuses, hoist by their own petard, Scotland

I still wonder if this, and others, dog(s) could have had a normal life had they initially been acquired by an appropriate knowledgeable owner, as I have long thought that 'bad' dogs are rare but alas bad owners are commonplace.

Whilst I am averse to increasing the intrusion of 'the authorities' into the lives of ordinary folk, continuing to permit lowlifes to buy certain breeds and train aggression into them seems rather less than sensible.

Putting financial hurdles in the way seems to be our élite's answer to everything but this would adversely affect those lower-income people who gain a great deal from the companionship of their nice little muttley.

Unfortunately, hoping for a sensible, effective and realistic answer from our ruling lizard-class is as pointless as expecting Mrs Merkel's little acolyte May to deliver an honest and thorough Brexit.

A gem Julia. Thank you for that, I needed cheering up.

Ted Treen
"continuing to permit lowlifes to buy certain breeds and train aggression into them seems rather less than sensible."

training agression into them is unecessary as the breeding has already done that, that is the whole point of these breeds, the vast majority of the owners can't even train themselves never mind a dog.
As for appropiate knowledgable owners taking one on board, why would you, you can get rogue dogs in all breeds buying something that can easily maim or kill is for the brain dead.
As Julia knows fom previous comments I do know what I am talking about as I trained dogs for many years and have seen how stupid people can be with standard breeds.

"........described as “muscular and powerful”. I presume that is a description of the dog and not the Grandmother ?

"I still wonder if this, and others, dog(s) could have had a normal life had they initially been acquired by an appropriate knowledgeable owner..."

It's possible. But I suspect they would still represent a danger - these breeds are somewhat closer to the wolf than your Cavalier spaniel or Scottie.

"...the vast majority of the owners can't even train themselves never mind a dog."

Certainly can't think on their feet while in the dock!

"I presume that is a description of the dog and not the Grandmother ?"