I Suppose A Pair Of Gloves Is Out Of The Question?

Before starting the job in May 2019 the personal trainer had told managers that her anxiety disorder would be 'triggered' by touching items with 'hygiene issues', The Sun reports.

So...maybe sweaty people aren't the best things to choose to work with?

However bosses ignored the severity of her disorder, instead concluding that Ms Burton was hostile and difficult to work with, the tribunal heard.

Ms Burton has a condition which causes her to suffer panic attacks and emotional distress when coming into contact with something she considers to have 'cleanliness issues'. 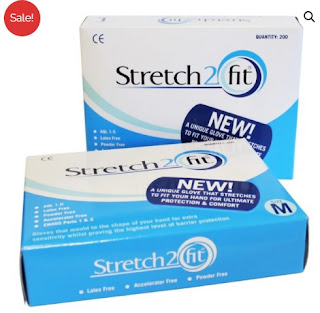 Speaking at an employment tribunal in Croydon, South London, Ms Burton told the judge that she was 'embarrassed at having to explain and justify my condition', The Sun reports.

You should be - you shouldn't be 'justifying' your condition, but seeking to overcome it. Or find another job!

Bosses likened her decision to work at a gym to someone with a milk allergy taking a job as a barista, The Sun reports.

A judge ruled that Ms Burton had suffered unlawful harassment. She is expected to receive compensation of an amount not yet decided.

I'm strugging to suggest something appropriate here, unlike the last barmy decision. Over to you, Reader!

The gym has got itself to blame. Why employ her in the first place? If, per the Mail (reporting a story in the Sun) Ms Burton is to be believed, "before starting the job in May 2019 the personal trainer had told managers that her anxiety disorder would be 'triggered' by touching items with 'hygiene issues'. If true, this is not the usual employment tribunal stitch-up of a victimsed employer. Mind you, if the tribunal awards her more than 10p "compensation" it'll be a travesty.

One suffers so much as a woke

as an archaeologist I have recently discovered how humans used to live, I have discovered a paleolithic calendar:

Monday : hunt
Tuesday gather
Wednesday: hunt
Thursday For fucks sake Dad I am at uni and they tell me mammoths are endangered
Friday

I knew a girl who'd only be shagged by blokes wearing condoms ...

It's a pity we don't have those really nasty, greasy Pound notes around any more - she could be paid in those.

I have a serious allergy to cheese. I, being a grown up, avoid it like a veritable plague. Whilst it is rather a pain I do not expect anyone else to do anything other than be polite and let me know if there is something I should beware of or avoid. (Yes, my brother, don't think I have forgotten the cream cheese you gave me at your son's christening...) Whilst I can tolerate being in the same room I probably would not look at accepting the job.

Cheese? maybe an allergy but some may call it a curse

One simple question, 'why did she apply for the job knowing it would put her in a position where she would be upset?'

This appears to be a well thought out way of scamming the employer.

@ anonymous , a rubbery memory, as the Chinese say, I have a Chinese wife and now know never to say the chicken is rubbery, she takes it as a compliment

I think she should be awarded life long membership of the gym in question.

I've got a job for her, in a massage parlour. Good pay for relief massages.

Who wipes her *rse?

"The gym has got itself to blame. Why employ her in the first place?"

I was betting she didn't declare her 'condition' until after she was hired. And maybe after her probationary period - if there even was one - was up. But yes, you're right, if it's true, they really screwed up.

"It's a pity we don't have those really nasty, greasy Pound notes around any more - she could be paid in those."

"I think she should be awarded life long membership of the gym in question."