I Think This Might Be Why Stella Creasey & Her Ilk Want To Silence The Internet...

...it's because when the usual suspects - minor B-list celebritards - start bleating and whining over trivialities...


McGowan, 42, accused the film of using “casual violence against women” to market the latest instalment.

The poster – which is often accompanied by the tagline “Only the strong will survive” – shows Mystique, played by Jennifer Lawrence, being choked by Oscar Isaacs villainous character.

Voicing her fury in a Facebook post, McGowan called on 20th Century Fox to ban the poster. 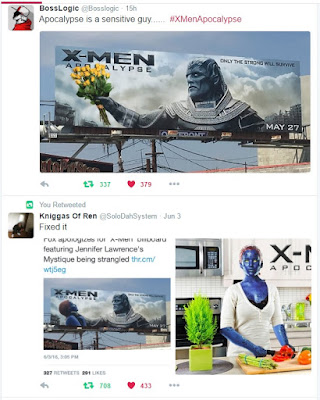 Crticism from McGowan, whose career is signified by a string of second rate TV shows and B-list schlock movies.

Yup. Maybe she's really cheesed off she didn't get a cameo?