Speaking at a private book launch earlier this month, McDonnell said: “I had an email from a woman called Monique who said these are the issues that I face and this is what we need from you and Jeremy Corbyn when you go back into government.

“The idea she brought forward was that we should have a minister for neurological diversity. I think that’s a brilliant idea.” 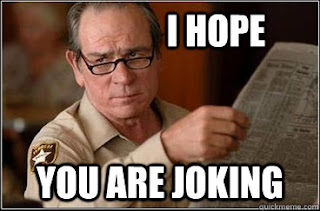 
Craine, a mother of three from near Swansea who now relies on tax credits to supplement her income as a life coach, said she was “elated” and “blown away” by McDonnell’s response.

Labour's new voting demographic shows how they are getting back to their roots and... Hey! Stop laughing at the back!

I seem to recall that the mentally incapacitated were not eligible to vote. I have a nephew who is autistic. He is amazingly gifted at drawing and making models out of plasticene but he would be completely incapable of making any kind of informed decision about politics.


I always thought the years between say 2 years old and about eight were those we learnt as much about life as during the rest of our lives.

Perhaps Monique was asleep, and therefore 'excused' from learning, or something.

Blimey! Does that mean that we must encourage more nutters to these shores, just to ensure our neurological diversity quotas are optimal? Perhaps the Labour Party could take the lead on this and get some intelligent MPs.

Great. The potential creation of another privileged minority.

WTF- 'Neurological diversity' and 'Life Coach'. Wouldn't it be a good idea if folk got proper jobs. Tis enough to drive me to become, 'Ethanol unstable'. Arse.

@Andrew - But if they were intelligent, they wouldn't seek to become Labour MPs. Catch 22, innit?

"I seem to recall that the mentally incapacitated were not eligible to vote."

That was when we took the political process seriously, it seems... :/

"Great. The potential creation of another privileged minority"

The Victimhood Poker table's getting a bit crowded.

"Wouldn't it be a good idea if folk got proper jobs. "