Surely The Answer Is Literally Within Your Own Grasp?

Animal lovers are calling for urgent action to fix the broken fence, next to the c2c line in Old Leigh. Alan Clary, owner of Bubbles Pet Care, in Broadway, Leigh, is demanding work takes place to prevent any further deaths.

Couldn't they just keep their bloody animals on a lead? Wouldn't that solve the problem?


Mr Clary, of Eastwood Road North, Leigh, 50, told the Echo: “It’s not the first dog to get on there and get hit. Other dogs have died there.

“At the end of the week I’m going to go down there and have a look at the fencing. Someone has got to do something, Network Rail haven’t. A dog could also cause a derailment.”

It'd have to be a bloody big one! It's not like the driver might swerve, is it?


Peter Wexham, Lib Dem councillor for Leigh, is aware of the problem and is going to do all he can to get the fences sorted out as soon as possible.

He said: “I knew it had happened, it’s quite upsetting. Something certainly needs to be done.

“I will get on to the council and Network Rail and get them to check the fences.”

Why don't you simply tell your local voters to try some self-help? 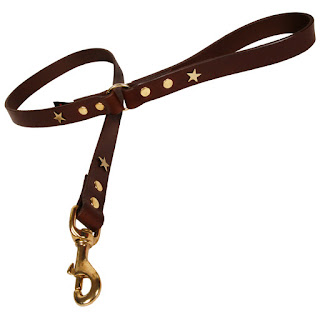 An amazing invention!
Posted by JuliaM at 10:30

Nice one. Brought a big smile from me.

Network rail as dysfunctional as the NHS, other public sector bodies, government and their quangos. Wake up you peasants out there when are you going to learn that big government and monopolies give us shoddy services and goods and cause more problems than they ever solve and have to keep themselves in work to fix their own mistakes. OK we do need some government but the less the better. If we did we would find our lives would improve considerably. At least we are going to get rid of one big authoritarian government we should never have added to the ones we already have as they are bad enough the EU. Get rid of most of the above and the bonus would be that the whingers, righteously indignant and puritans would be ignored. Bloggers and satiricalists would lose some prime material though and what would the socialist and progressives do they would not have anything to direct their spite at.

What is it with dogs in this country? Are they actually *compulsory* now? Will I get fined for not having one? Why are so many dog owners total klutzes? Why is the only dog training that anyone actually does concerned with killing rats against the clock for a bet? Have the not-exactly-a-pitbull types now completely ousted all the others? Why doesn't the British 'dangerous dogs act' specify observable behaviour instead of legally inscrutable 'breed'? Why don't farmers shoot dogs attacking their stock, as the law here clearly allows? Why does the other law about picking up dogshit apply only to dogs with a body mass of less than 50 pounds and owners with on-hand cash of more than 50 pounds? Why does wearing a cheap trilby hat exempt somebody from all of these laws? What has the 'Staffordshire bull terrier' done to be blamed for every dog attack? Suppose one of my cats ate someone's 'Staffordshire bull terrier'? Is there going to be a dangerous cats act next? Enquiring minds need to know!

How come the trains don't kill foxes? Are dogs more stupid than foxes?

Railways do kill foxes and other wild life in huge numbers, just like cars and planes and other large made made objects going fast. Nobody cares, so it does not get in the news.

Reacting to every story in the press is exactly like a dog chasing a ball the owner never actually throws.