Cincinnati Zoo: 'My God, We'll Never Be Allowed To Forget What We Did To Harambe....'


Grizz broke loose from his handler just after 4.30 in the morning local time, disrupting a number of flights.

After airport and aviation security staff failed for three hours to find and catch the dog, police were called in to shoot him.

The airport has now launched its own review into the incident, after it faced a torrent of anger over the issue.

If anyone spots the Auckland Tourist Board staff headed to the airport with rifles, please don't bother to call the police.

On the other hand, though, if the penalty for delaying flights is now death... 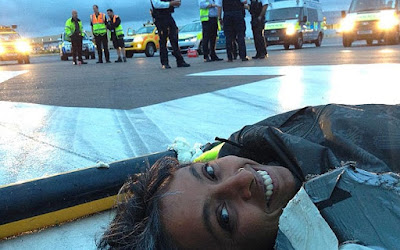