There are multiple versions of events, multiple opposing “truths”. The police say 80 dead. Some residents still say 200, 300, maybe 400. The council says it is offering good quality accommodation, most of it in Kensington and Chelsea. Tenants say they are being pushed out of the borough, fearing rent hikes when the promised period of grace is gone. Again and again, the bereaved say they are being left in the dark. There is no communication. They scream for answers. Yet we are told that every family has a family liaison officer or social worker if they want one. There has been a string of meetings now with myriad authorities but few seem satisfied.

Because when you have people who'd rather believe the most outrageous 'facts' in preference to anything else, they can never, ever be satisfied, as Longrider points out.


As we at Channel 4 have filmed in the area, people have driven by, shouting “parasite” or telling us to “fuck off”. Then, during a recent debate one of the tenants began shouting: “Where is the media? Where has the media been?” And social media offers up powerful stories. A man posts that more than 40 people have been found dead in one of the flats and no one is reporting it.

Because, like the reports of 400 people dead, it's clearly bollocks.

But wait. You're the media. You're professionals! Why are you giving credence to rumours from social media?


We try to stick by the rules – find sources, establish facts. But those rules don’t seem to apply. Our facts look like we’re taking sides. The police statistics and detailed information of how they’ve come to their death toll seem, for now, to add up. The Labour MP David Lammy repeats the story of the flat crowded with bodies on Newsnight. So is it true? Are we missing it? We can find no evidence.

It's David Lammy, FFS! If he announced that the sun was going to come up in the morning, anyone with half a brain would Google it, just to make sure!


Another compelling post says one former resident is being forced to take housing in Preston, Lancashire. It’s categorically denied by the Grenfell Response Team set up to deal with the crisis and we can’t find the tenant or anyone who knows them. Yet Emma Dent Coad, the new MP for Kensington, speaks about it in interviews and it makes headlines in the papers and is dangerous currency on the ground.

Then do your job and start reporting on the way the left-of-centre politicians are seemingly intent on whipping up a mob, instead of publishing endless stories about what someone's cousin from the office saw on Facebook about Grenfell Tower!

It's no wonder people are starting to lose any sympathy they one might have had...


...in one of the many practical mistakes of the relief effort, residents were forced to spend their days traipsing across town to get the help they needed, to get the Oyster cards, and passports that will allow them to start living again. Now they must do the phoning to chase a home or, more chillingly, to get the information about what is left of their loved ones on the ninth, the 15th or the 23rd floor. Still, what are they complaining about? 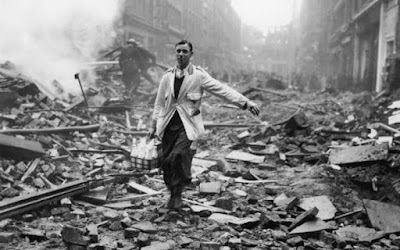 When the Grenfell Tower fire first happened I treated it, as any decent person should, as a human tragedy. I felt sympathy for those afflicted by this disaster both those bereaved and those who have been made homeless. As time goes by however my response, as that of other observers, has drifted towards a removal of sympathy and a growth in disgust at the expressions of entitlement from those who used to live or alleged that they lived in Grenfell Tower.

There was the violence at KC Town Hall, some of which was the work of the residents and some the work of the Corbynista brownshirts. Then there was the sight of Islamic groups who turned out to help other Muslims afflicted by the fire but who rarely turn out to help non Muslims affected by disasters. The 'Gimmee, gimmee, gimmee' attitude of the residents and alleged residents demanding, not asking, for the moon on a stick with regards replacement property has also helped the wider community in the UK think about withdrawing their sympathy from the Grenfell gimmeegrants.

The involvement of the idiot David Lammy who has stoked up the indignation amongst Leftists and Muslims has also gone a long way to turn people's stomachs about Grenfell.

The Grenfell Tower fire was without doubt a human tragedy but the behaviour of those affected by it and the exploitation of the fire by organisations, political ideologies and Leftist politicians has caused a growing number of individuals of my acquaintance to say 'sod them' whenever the Grenfell situation is mentioned in the media.

Now we have the scandal of how donated goods have been left to languish in a warehouse in Cheshire where they are sorted an sold by the Red Cross an organisation that has in recent years become more concerned about opening up Britain's borders to all manner of scum than they once were about disaster relief. We also have the revelation that the organisations that appealed for funds in the wake of the tragedy have only distributed £1M of the £20M that was collected. http://www.bbc.co.uk/news/uk-40610825 I cannot help but ask what has happened to the rest of the cash? Has it been diverted by charities into other stuff or more worryingly diverted by Islamic charities into jihad or some other nefarious activity?

I must admit that the public image that the Grenfell residents and their supporters has portrayed both by their actions and their words, has not encouraged the ordinary person to well up in sympathy for them. It may have been the case that people were sympathetic immediately after the fire but as the more loud and demanding residents of Grenfell have shown their true colours then that sympathy has rapidly drained away.

For my own part the sight of violent thugs invading the town hall, the exaggerated demands for property that no ordinary working man in London can afford on average wages by those unhomed by the Grenfell fire, the involvement of 'charitable' organisations who are probably dodgy and the exploitation of the fire by the far Left, doesn't exactly encourage me to donate either money or goods to the residents of Grenfell.

Lammy, the MP who accused the BBC of racism for wondering what colour the smoke would be when the Cardinal's Conclave was choosing the next Pope ffs.

Kindly do not get me started on the Red Cross. They had nothing to do with relief after the Manchester bombing but they were at the concert with their begging bowl, hoping to profit from the death of little girls.

WOAR, I agree, they did little but still used it as a fundraising opp. The RC used to be resppectable until the SJW's took the org over. I stopped giving to the RC when a relative had to beg them for a wheelchair at the same time as the RC were screaming for 'more refugees'.

The problem with the Red cross here, appears to be a British one.

Here, they supply ambulances, which are staffed by FULLY trained medics, and Emergency doctors. In some areas, they are the MAIN ambulance service, since the Dictatorship started closing Fire stations. (The "official" ambulance is run by the Fire Brigade here.)

They also have their own hospitals, which in some cases, are better than the "official" ones.

A totaly different game of soldiers here, to Britain.

FT. You may well be correct there that the 'shut up and enjoy the enforced diversity' attitude of the Red Cross may be a specific British one. This attitude on the part of the RC along with the dangerous pro refugee attitude that the organisation has makes me not want to contribute to the British RC

I can't see what the police have to gain by suppressing the numbers of dead people in this fire. Just for once we aren't getting the blame. If for example 200 people died instead of 80 why would that make a difference?.
Jaded

Simply ghastly to be ever short of fingers, Jaded. 'Theirs' a difference of 120.

"When the Grenfell Tower fire first happened I treated it, as any decent person should, as a human tragedy. "

Me too. But I'm amazed at how quickly reality has intervened to show me the error of my ways.

"Kindly do not get me started on the Red Cross. They had nothing to do with relief after the Manchester bombing but they were at the concert with their begging bowl, hoping to profit from the death of little girls."

I wish I could say that still had the power to shock me, but, well, reality again... :/

"I can't see what the police have to gain by suppressing the numbers of dead people in this fire. "

Don't try to understand the 'thinking' of people like this, you might as well try to figure out what a dog is 'thinking'...