What Is It About Sainsbury's..?

I've hung on to this one for a while, waiting for a chance to point out the sort of self-righteous little twat that tends to shop at Sainsbury's and take offence at something no-one else could care less about: 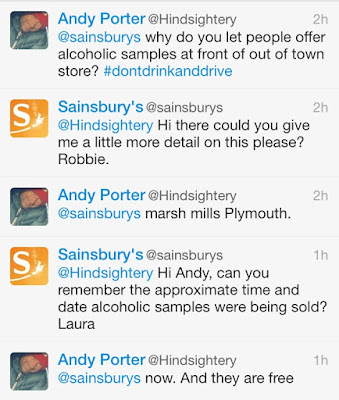 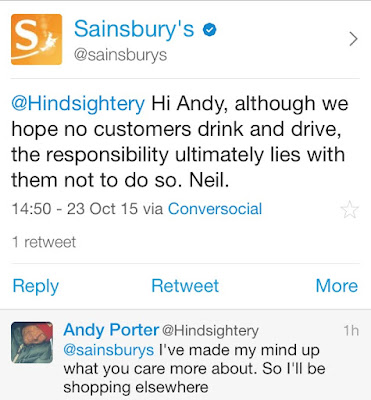 And then - thanks to Wirespy via Twitter - I was suddenly reminded about it:


An angry shopper has accused Sainsbury's of racism after he found £3.80 tins of Jamaican fruit security tagged in a south London store.

Toby Taylor, 31, said he bet the chain 'wouldn't tag hummus' and slammed it as 'corporate racism'.

Toby Taylor, a 'technology director', took umbrage at the fact that a shop might want to prevent theft of popular items and took to Twitter to announce his displeasure, as your average tattooed hipster manchild with bum-fluff covering his weak chin does these days, apparently...


A Sainsbury’s spokesperson said: 'We take the decision on which products to tag on an individual store basis to protect high value or frequently stolen items.'

At least they've learned not to engage with these cretins on social media...
Posted by JuliaM at 10:30

Toby...wasn't that the slave name given to an uppity Kunta?

Hilarious. Mr Taylor has just drawn attention to the fact that foods favoured by the "Carribean" community are more likely to be stolen and therefore need security tagging. Of course, Sainsburys would never suggest that any particular group are stealing these foods, even though the shop cameras could easily show who the thieves are. Go on Mr Taylor, ask them for the proof, keep digging.

In areas of high Afro-Caribbean residency the one item that is rarely shoplifted and thus not needing to be security tagged are Father's Day cards.
Jaded.

A rare occasion of proper grammar usage must be attributable to lessons or the infinite monkey theorem, Jaded.

To be or not to shrudlu.

Let's use the infinite monkey theorem and hope that MTG posts something interesting or funny.
Jaded

"Toby...wasn't that the slave name given to an uppity Kunta?"

LOL! That reminds me, must watch the remake, see how they've butchered it...

"Go on Mr Taylor, ask them for the proof, keep digging."

"... the one item that is rarely shoplifted and thus not needing to be security tagged are Father's Day cards."

Oh, they have those! They are just all marked 'to whom it may concern'....