Police chiefs have come under fire for locking up a chow-chow puppy under the Dangerous Dogs Act after it gave a police officer a nip on his hand and arm.

The four-month-old dog, named Bungle, could face up to nine months in custody after it was seized by police in Stoke Bruerne, Northamptonshire, last Friday.

Well, they aren't paying the cost of this kennel stay, are they? We are!


...police have defended their decision, saying the public reaction would have been different if the dog had bitten a child or caused an accident when the officer tried to restrain it on a busy road.

Maybe it would have been, but it didn't.

Aren't you supposed to act like professionals, with due concern for the taxpayer, rather than risk-averse, box-ticking inflexible morons?

I wonder why they have taken this action, rather than have a quiet word with the owners?


...Mr Hayes and his wife Susan, who are said to be millionaire bankers, have appointed lawyers to look into the matter, The Sun reported...

Ah. I'm sure that didn't sway our stalwart boys in blue one bit.

Update: I was expecting the police to stick to their guns in the face of online fury, but surprisingly, they didn't:


Tonight police announced Bungle had been returned to its millionaire owners subject to a control order.


Chief Superintendent Chris Hillery defended the officer's actions and said the decision to free the dog was not influenced by media coverage.

As a very famous lady once said: "Well, he would say that, wouldn't he?"


He said: 'We understand that the actions taken on this occasion have generated significant public opinion on the proportionality of the officer's actions.

'To be absolutely clear I fully support the officers' actions in this case, the dog was unattended in a live carriageway and was aggressive to those present resulting in the officer being bitten and receiving injuries that required hospital attention.

'The potential risk posed by the dog at that time is not diminished by its age or that it was frightened.

'Having already bitten the officer twice, causing puncture wounds and bruising, it would have been negligent to release a dog displaying such obvious aggression without first ensuring both the dog's and the wider public's safety.

'In no way was this decision impacted by the media reporting. Having gone through a proportionate investigation and risk assessment, the dog has been returned with appropriate conditions to manage any future risk.'

Hmmmm. What do we think, LC? 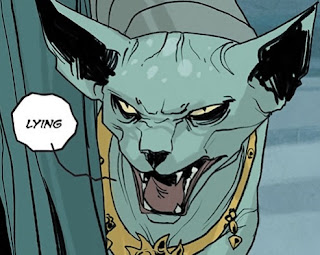 Email ThisBlogThis!Share to TwitterShare to FacebookShare to Pinterest
Labels: police out of control, public sector, why we no longer respect the police, wtaf?

This was a stray dog caught by the police. The owners should be paying the cost of its kennelling. Simples.

The fact that the officer was bitten is a red herring, shit happens when you are a police officer.

I've seen a report that states it was the dog warden that insisted this frightened pup be treated as a dangerous dog - not the police.

If true, the police should be ashamed of themselves for playing along.

And there'd be no need of kennelling if it had simply been returned.

There are some plod - usually the more senior - who would do well to remember the old adage "It is better to be silent and thought a fool, than to open your mouth and prove it".