Maybe Keir Could Pull Some Strings...

...and get her a part in an Alec Baldwin movie before she drags the Labour name even further through the mud?

A former Labour MP facing jail for threatening to throw acid over a suspected love rival reportedly told her supporters: 'I am a black woman in a white court.'

...in a message apparently sent to her supporters before the verdict, the MP – who denied the harassment claims – said: 'I am a black woman in a white court, facing a white system and white prosecutors.

'I have been deliberately targeted because I am vulnerable.'

It continued: 'I know first-hand the sexism and racism institutions and media use to vilify black women.'

Ms Webbe, who plans to appeal against her conviction, declined to comment yesterday. 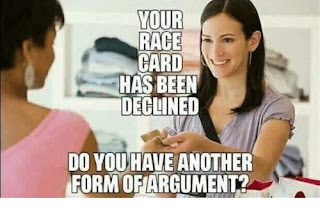 There's not enough popcorn in the world...
Posted by JuliaM at 10:30

She's right, you know. This country is so racist and sexist that it would never elect a woman or a black person to one of the highest offices in the land.

And a white woman in a black court would already be in the cooking pot, the fire lit underneath, with people in grass skirts with bones through their noses dancing round ...

A black woman in a black court would already be in chains and off to the trading post to be sold to a slave ship.

She seems to have problems dealing with reality.

I have never been guilty of racism or sexism but I have to admit horrible bitchism, I can’t stand that woman.

"She seems to have problems dealing with reality."

It seems to be common - look at Abbott and Lammy!