Sssh, Brian! You're Ruining The Narrative!

A friend of the victim, Brian Markintosh, said that Mr Woods was 6ft 6in tall but said: “He’s such a gentle giant. He’s the kindest person you could imagine.

“This geezer broke his jaw with a knuckleduster. He was filming the young gay guys.

“And when he was attacking him he was shouting all this Muslim stuff but no one wants to hear that.”

Gosh! Not just homophobia, but a religion-based hate crime!


Sussex Police said that it was not aware of any racial or religious element to the assault.

Apart from the accused's behaviour and the eyewitness accounts, that is... 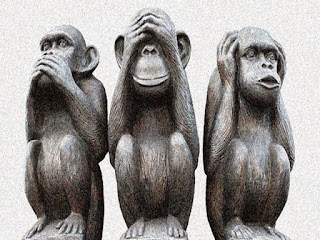 It is indicative of the nearly-terminal sickness of our society, that it's just, "a man" when the MSM describes another muslim attacker. This was quite obviously a homophobic hate crime against a gay man by an ignorant follower of the "religion of peace". Bloody well tell it like it is MSM!

Been hearing some interesting things about the "man" who stabbed four women in Sainsbury's car park last week. Reports that Lee Rigby was heavily referenced....

Thanks for the hat-tip.

"This was quite obviously a homophobic hate crime against a gay man by an ignorant follower of the "religion of peace". Bloody well tell it like it is MSM!"

Meanwhile, the Met plod get all upset about a man throwing sausages over the wall of a mosque! You couldn't make it up...

I bet that doesn't come out at trial...

"Thanks for the hat-tip."