Dependency On The State Is Hereby Cancelled

Patricia Newman, 33, and her six children have moved into her mother's home - already occupied by seven other members of her family.

Patricia, whose has six children aged between 13 and one, said the benefit cap made it impossible for her to pay her rent, bills and feed the whole family.

Yes, I don't doubt it. But you know what? England's fed up of paying your rent, bills and food bill. So it's come to this.


But the children's grandmother, Dorothy, says her daughter and grandchildren desperately need their own home - as the youngsters bed down in her living room each night.

Dorothy, of Mersey Road in Cheltenham, Gloucestershire, also shares her home with her two adult sons and their collective four children, over whom she has guardianship.

Easy to see where the daughter got the idea it was someone else's responsibility to feed and clothe the offspring from, isn't it?


Ms Newman says she was evicted from her social housing in Firgrove Walk - four miles from her mother's home - after she had her youngest child, and her housing benefits were reassessed. She says the government benefits calculator took into account the combined benefits that she was already receiving, and then considered the amount of money coming into the household in other forms of benefits.

This was considered enough for Patricia to be able to pay her rent, she claims.

This 'family' is entirely dependent on the taxpayer. So when the taxpayer finally decides that enough is enough, and elects someone who will recalculate that dependency, tough luck.


But Ms Newman, mother to Kian, 13, Charlie, six, Cody, five, Poppy, three, Lexi, two, and Kenny, one, said that, with just 50p a week in housing benefits, covering all her costs was impossible.

Ah, there's the crop of chav names I've been waiting for.


Ms Newman added: 'Cheltenham Borough Homes seemed to deem the eviction as me making myself voluntarily homeless - but that was not the case.

'I went to a meeting at Cheltenham Borough Council and I was waiting for them to tell me what they could do to help us.

'I waited weeks and in the end my social worker told me that the council was not going to do anything.'

Nope. Why should it?


She says her children are finding it difficult to sleep in their grandmother's living room, and she is feeling increasingly down as time goes on. 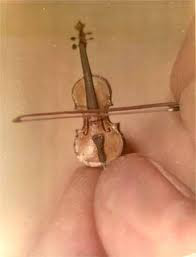 We've had enough. The benefits tap is finally being turned off, the only thing this disastrous faux Conservative government is getting right.

It's no longer acceptable to breed indiscriminately and expect the taxpayer to foot the bill. Go ask the kids' father to support his offspring.


'My eldest son's father died when he was one, and the other children's fathers just don't bother with their kids,' she said.

'I have tried to get help from the MP and councillors, but no one seems to help us.'

You've had too much 'help' already. And look what you've done with it.

The benefits gravy train has pulled into the station and the driver's announced it's going out of service. Get yourself home some other way.
Posted by JuliaM at 11:00

Email ThisBlogThis!Share to TwitterShare to FacebookShare to Pinterest
Labels: benefit culture, mad as hell and not going to take it any more, sometimes you win one, underclass

Hold on, even with the 'cap' (apparently not the contraceptive one) she'd have been left with an income of something like 2K a month or have things changed that much since i last looked?

Lets be very generous and assume rent and utilities were 1k a month; she can't raise 6 kids on 1K net a month ? Maybe she should give her Gran a ring?

In Victorian times before any single mother could claim help from the parish, she had to reveal the father's name who was chased for money. The problem she would name someone with money!
I thought that The Child Support Agency was supposed to do the same thing. At least there are now DNA checks to find whether they have the right person. She should get exactly what can be extracted from the fathers, less admin costs.
At least now the children are with their grandmother, she'll be free to go out and get a job!

'I waited weeks and in the end my social worker told me that the council was not going to do anything.

Well perhaps if you'd kept your legs shut instead of phunking out kids everywhere and expecting the world to deal with it you'd not be in the situation you're in...

@ Ed P
No longer the incentive of extra pay!

All of them! That's talent.

"Lets be very generous and assume rent and utilities were 1k a month; she can't raise 6 kids on 1K net a month ?"

Yup, poor lamb. Have you seen how much Lambrini costs, and as for the Sky TV and iPhone charges..

"I thought that The Child Support Agency was supposed to do the same thing. "

What's the chances any of the fathers have jobs?


Yup, poor lamb. Have you seen how much Lambrini costs, and as for the Sky TV and iPhone charges..

Between Free School Meals (I assume that is still a thing) and the tons of food and other items she can get from the Food Bank a week, she should be able to afford to drink something better than Lambrini...do Tesco do an Own Brand WKD? Rightly or wrongly there is an immense amount of 'help' out there for those unfortunates challenged by/VICTIMS of their own fertility and that's before one even starts to think about claiming PIP.

Yes I'm ranting, sorry, but these sorts of people give us benefit scroungers a bad name.