Roald Dahl fans have slammed Sainsbury's for bowing to pressure and stripping Matilda mugs from their shelves after campaigners claimed it could 'encourage domestic violence'.

Good lord, what does it say?

...Roald Dahl fans called on the supermarket to 'resist idiocy' and said no one was going to read the mug and think 'Oh it's fine (to hit you) honey, the mug said so'.

A spokesman for Sainsbury's apologised and said they are 'working with' the Roald Dahl team to remove the mug from sale and review the design.

Which idiots led this charge? Well, idiots like this one: 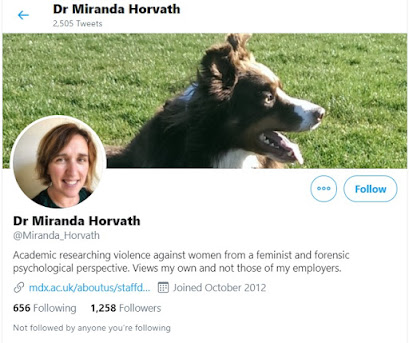 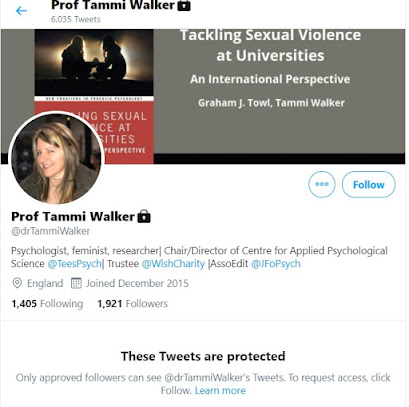 In other words, rabid feminists with smaller follower lists than the Twitter account for the Upper Bugford Horticultural Society...
Oh, and some fakecharity lobbyists, of course:

Women's Aid has also slammed the mug with Ruth Mason, its Head of Change That Lasts, stating: 'We were dismayed to see the Sainsbury’s design with the slogan.

'This slogan can be read two ways - and that is the problem.

'It can be read as the author Roald Dahl wrote in Matilda: ‘When at last the germ of a brilliant idea hit her'.

'However, it can also be read - as many have noticed and commented on social media - as a trivialisation of the violence that women experience in their own homes.'

'The design uses a different font and capital letters for the words ‘hit her’ which further emphasises the ambiguity.

'In addition, the quote is not in full and out of context.

'Perhaps it would be a ‘A brilliant idea’ to change the design and donate to domestic abuse charities instead.'

Ah. A shakedown. So thanks, Sainsbury, you've now made yourselves and everyone else a hostage to fortune by treating this lunatics as if they had a genuine grievance...

FFS! I’m old enough to remember when second wave feminists encouraged women to learn martial arts so they could fight back against real physical violence rather than orchestrate a fir of vapours about metaphors.

Truly the inmates are now running the asylum. Oops that word means a free pass for life in the UK doesn't it?

I am taking the assumption that in the near future people will have to assume survival basics just to get by. I really do hope I am wrong, but if I am right then on the positive side these people will die first simply because they cannot see past the narrative of their own making. Ergo more resources for the rest of us. So, let them carry on and whine.

I went into my local Sainsburys to see if they would sell me a box of these mugs (at a reduced price, admittedly) to give as presents to non woke friends. Unfortunately, was told they have been told not to sell them, apparently, for possible pending legal matters.
May go to a shop that puts logos on mugs to get some, to add to my "Black OLives Matter" mug and the one with a pen drawn penis being held by the antifa clenched fist. Sadly, running out of loony Marxist organisations to insult.
Penseivat

I wonder why they left the germ out in these strange times.

"I’m old enough to remember when second wave feminists encouraged women to learn martial arts so they could fight back against real physical violence..."

When did 'I am woman, hear me roar!' become 'I am woman, please State, save me from being upset over nothing!'..?

"May go to a shop that puts logos on mugs to get some, to add to my "Black OLives Matter" mug..."