"We're Bonkers, But Not That Bonkers!"

Dozens of activists have quit the Green Party in protest at...

Good grief! What could be upsetting the famously stable and sensible Green Party troops?

...the election of a transgender campaigner as head of its women's group.

Ms Bristow, who is seen as a rising star in a party famed for its 'wokeness', appeared in the 2020 Pink List of most influential members of the LGBT community in her home city of Bristol.

But her critics claim Ms Bristow's new role means women are losing representation within the party. Some even fear that its focus on trans issues could overshadow its traditional campaigning against environmental catastrophe.

There's really only one thing to do here, isn't there? 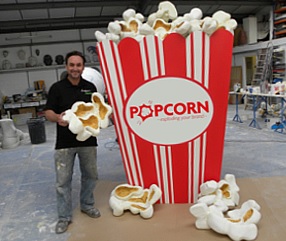 In emails from departing supporters seen by The Mail on Sunday, furious female activists among the 52,000-strong membership criticise the party's stance on women's rights.

'You can't even discuss it without being accused of transphobia,' wrote one. 'It's a terrible situation which I believe is driven by a powerful lobby intent on driving an agenda which is anti-gay and anti-women.'

I would urge anyone who thinks the Green Party is primarily concerned with plants or forest to check their maifesto,and their obsession with allowing the dregs of the world into our country and all of their families, I quote:

Richer regions and communities do not have the right to use migration controls to protect their privileges from others in the long term.

Preference should not be given to those with resources or desirable skills.

We will work to achieve greater equity between the UK and non-Western countries. In step with this, we will progressively reduce UK immigration controls.

We will allow the partners, prospective partners, immediate families and prospective families of British residents to join them without excessive delays or unreasonable requirements for proof of relationship. This will be independent of the financial status of the resident and will not be dependent on her/him providing accommodation

We will allow the victims of past errors in immigration decisions to come to the UK where these decisions have resulted in continuing serious deprivation.

MG404 Migrants illegally in the UK for over five years will be allowed to remain unless they pose a serious danger to public safety.

An ineluctable takeover of the unelectable

Well all I can say is that the majority of British people will not vote for the Green party if this is what they propose.
The people who bring out this sort of manifesto are not only out of touch with the majority of the public but also living in their ivory towers have little understanding how the UK is already overburdened with people.
Authorities and services are constantly cut and are bursting at the seams as it is. How are the British people supposed to share the crumbs they have with an already overpopulated nation and then be expected to take on the world's problems?
It's not until Great Britain is running fully fledged that we can then assist other countries with their economies.
It's called getting your own house in order before you start preaching to others.
( Thanks for putting the info on here Mr MC)

Note that the manifesto also includes a commitment to the "living wage", and massive increases in welfare and funding for the NHS.

"Please make your way to the UK, there's free money on offer!"

“We will replace existing British...”

It is indeed interesting that blacks, with their current bizarre obsession with slavery (ignoring completely arab slavers up to the 1960s and beyond) fail to see the irony of the indigenous population of the UK flogging their guts out working into retirement age to build houses, educate their immigrant broods and families, treat their illnesses, build roads and infrastructure for those with "no skills etc" (ie. unemployable)to sit around on benefits also paid by the indigenous population through their taxes and labour.

I can never understand why these people are always so confused, and never have any means of support, i.e. with a job!

I'd have thought that Brighton actually needed some proper representation, not a half-baked collection of un-funded ideals, but having worked there for several years, I'm not really surprised at what it's become!

There has been a TV ad running that is saturated with green propaganda, I have no idea what it is advertising. It is accompanied by a song about the end of the world, not the literal end of the world as is being implied, it's a break up song. The song actually contains a verse that is very much the green's lament:

For all their talk of there being a climate crisis, in reality absolutely nothing out of the ordinary is happening.

"I would urge anyone who thinks the Green Party is primarily concerned with plants or forest to check their maifesto..."

Any party with a manifesto like that is doomed to failure - but only so long as voters read it!

"It's called getting your own house in order before you start preaching to others."

“We will replace existing British...”"

"I can never understand why these people are always so confused, and never have any means of support..."

I think they're planning on monetizing their mental illness. It does seem to work for a few..

"For all their talk of there being a climate crisis, in reality absolutely nothing out of the ordinary is happening."

As the saying goes, 'I'll belive it's a crisis when the people proclaiming it as such act as if it is'...