All Aboard The Outrage! Bus, Next Stop: Local Newspaper Publicity!

A councillor has apologised for using the word “mong” in a message posted on her Twitter site.

Julia Bricknell, a Liberal Democrat councillor for Abingdon Dunmore on the Vale of White Horse District Council, admitted she had been “naive” to use the word.

Given the furore that surrounded the Ricky Gervais kerfuffle, yes, she almost certainly was. And I’m not too sure what poor Eddie Jordan had done to deserve it anyway:

Miss Bricknell tweeted the message to her 43 followers, which include former Oxford West and Abingdon MP Evan Harris, on Saturday.

In the post she said: “Eddie Jordan is a mong.”

Last night Miss Bricknell apologised and removed the message, claiming she did not know the true meaning of the word.

Miss Bricknell said: “I have been completely naive and I did not realise what it meant. I apologise to you and anybody that has seen it.

“I genuinely did not know what it meant. It was something I had heard between some friends of mine and thought it meant somebody silly.

And there it should end, as even her political rivals concede:

Leader of the Conservative-run council, Matthew Barber, said the incident showed public figures should be careful about what they publish online.

Mr Barber added: “I think it goes against what many of their (Lib Dem) supporters might expect of them.

“If she takes it down and apologises I think everyone will understand it was an unfortunate throwaway comment.”

But of course, for some, this is never, ever enough.

…Paul Scarrott, from Oxford disability campaign group My Life My Choice, said it did not matter that she did not know what the word meant.

He said: “It should not let her off the hook. She should have looked it up in the dictionary.”

So, there you go, potential public representatives and others in the public eye; if you don’t want to run the risk of being a ticket to some free publicity for one of the many, many Legions Of The Perpetually Offended, don’t leave home without this: 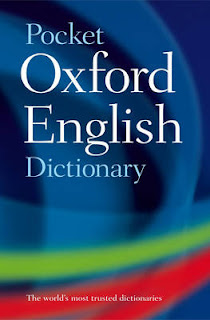 We used the word tube for a while. One wonders what the Mhong feel about it all or the Mongols? In Johnson's dictionary monsieur is defined as a term of rebuke applied to a Frenchman.

I have no dictionary which contains the word "mong". I haven't heard anyone with Downs being referred to as a "Mongol," since about 1980. The term "mong" has been in general use for years on completely unrelated terms, someone slavishly devoted to company rules was a popular use.

Or doesn't use it much, except to write to a lady on Friday?

Error in transmission. It actually said: "Eddie Jordan is among friends."

Damn these odd spaces, and hitting send before ready.

Have Essex Council set targets to ensure that all its districts are above average? If they succeed this would be very unusual.

I laboured under the mistaken impression the condition arose as a result of intermarrying plods. Any slightly deficient cousins amongrelatives, Jaded?

Once again Melvin you have turned a completely unrelated post into a dig against myself and my fine colleagues.Please up your medication or wait until the full moon passes before sitting at your keyboard again.
Jaded

I suggest that a viable alternative to "Mong" would be "Jodie" (as in McIntyre) .. ;)

"She should have looked it up in the dictionary.

Apparently, so should Ricky Gervais:
http://www.dailymail.co.uk/news/article-2051938/Ricky-Gervais-admits-naive-offensive-remarks-Twitter.html

To be honest I'm less forgiving. As a politician she generates legislation that would have us jailed for similar 'mistakes'. When she builds that defence in for us plebs then she can use it. Screw her.

I have no doubt she new exactly what a mong means in todays society.

"We used the word tube for a while."

Current term of abuse is 'special'. I wonder when someone'll get on their high horse about that?

"The term "mong" has been in general use for years on completely unrelated terms, someone slavishly devoted to company rules was a popular use."

Yup, as poor Gervais pointed out, before the Twittermob tore him to pieces.

"Or doesn't use it much, except to write to a lady on Friday?"

"Error in transmission. It actually said: "Eddie Jordan is among friends.""

"To be honest I'm less forgiving. As a politician she generates legislation that would have us jailed for similar 'mistakes'."