I Think The York Press Editor Needs A Dictionary… 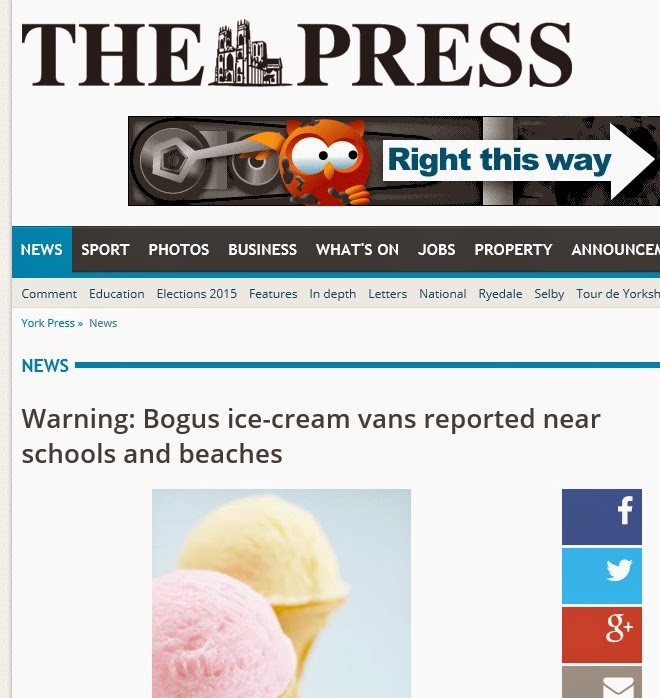 Ooo-er! So….they aren’t selling ice cream? What are they selling?


Licensing officials warn that unlicensed vans could be falling short of hygiene regulations, or be operated by people who have not undergone the necessary background checks.

They say have been made aware of several unlicensed ice cream vans operating near schools and busy beaches in East Yorkshire.

Ah! So, they aren’t really ‘bogus’, are they? They just aren't paying their tithe. That cannot be tolerated.
Posted by JuliaM at 09:00

Often when young people talk to me like I find myself guessing what they are saying. Perhaps they would be less angry and frustrated if they were taught to convert their thoughts into words.

I'm not sure they are always worth expressing..