Remember When The Law Was Applied Equally And Without Favour?

Posters saying "[redacted]" have sparked a police hate crime investigation. They were found on lampposts in two roads in Basingstoke and near Basingstoke College of Technology.

Hampshire Constabulary was alerted to the posters by a resident on Thursday and said they are being treated as a hate crime.

What did these posters say? "No blacks, no Irish, no dogs?" Or "Only women have vaginas"?
No. They said "It's OK to be white". So we must conclude from this that the police in this country - certainly those in Hampshire who have form for this - don't think it is OK to be white...
They will, of course, say that that's not true and their hands are tied, and thanks to the ludicrous legislative burden they work under, they have to respond if someone makes a complaint. So, has someone?

Resident Priya Brown said: "These tactics are divisive and they have no place in today's world. They're tactics that are used to divide deliberately by neo-Nazi groups and white supremacy groups. It started in the US but we have seen it here in the UK."

So does that mean that posters and statues proclaiming 'Black lives matter' are now fair game for a complaint on the same basis? Do you think police would be forced to investigate if a complaint was made about them? 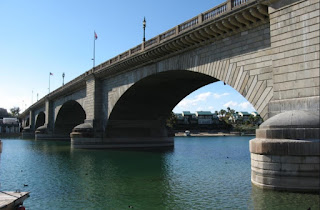 If you say 'Yes', then would you like to buy this?

A spokesperson for the police force said they were liaising with local community groups as part of the investigation.

Will any of those be majority white community groups, I wonder?

Email ThisBlogThis!Share to TwitterShare to FacebookShare to Pinterest
Labels: identity politics, modern policing, one law for all, useless legislation

Perhaps someone should tell the fuzz that it's OK to say "It's OK to be white".

Are there any BLM posters in your area? I'd love to know what would happen if you made a complaint.

We are up against people who are mentally ill. These people get to define reality. The endarkenment is upon us.

"Will any of those be majority white community groups, I wonder? " - of course, not because they won't be asked but because such groups aren't likely to exist these days.

"Are there any BLM posters in your area?"

"We are up against people who are mentally ill."

And worse, they are WINNING!

"...not because they won't be asked but because such groups aren't likely to exist these days."