PC Hayley Noyes of Sussex Police has been dismissed...

Oh, what's this one done?

...after attending a stop and search incident at the request of PC Alice Price, who at the time was banned from wearing a police uniform, making an arrest, or dealing with members of the public. 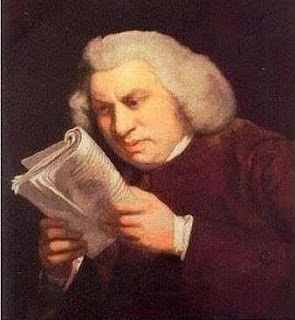 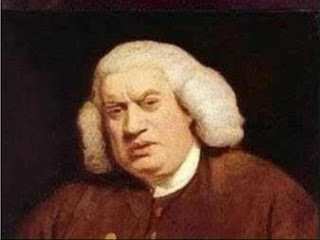 Price, who was under investigation for serious conduct allegations at the time, detained a motorist in Felpham, Bognor, on December 31, 2019.

Noyes drove to the scene at Price’s request, failing to challenge the clear breach of restrictions and covering up her banned colleague’s actions in a subsequent report.

She also amended another officer’s incident report to minimise Price’s inclusion in the event, and provided intentionally false information in her witness statement, the Independent Office for Police Conduct stated.

Price broke her restrictions further whilst dealing with a suspected shoplifter on January 12, 2020, for which she also failed to make a statement of her actions.

One question (well, actually, many, but go with this for now...); how did she still have access to a uniform and a warrant card if she was suspended?

Has Hollywood played me false all these years (again)? Don't they demand you give those up when you're suspended?

Ah, but she still had her strippergram uniform.
"I must warn you sir, that anything you say will be held against you."

Silly girl....but UK police do not surrender their warrant cards when suspended. I wonder what serious offence she had committed to have those conditions imposed?
We have an expression for officers like her - job pissed - and they are dangerous to colleagues and best avoided.
Jaded

If all coppers who made things up were sacked, then there wouldn't be much of a police farce left, now would there?

Regardless of what she had done, if she was deemed to be unfit to do the fundamentals of her job she should have been sacked.

What were the supervisors of these wayward ladies doing when these events took place? Bean counting and form filling no doubt instead of getting a grip.

There's something we're not being told here. Why was one copper helping her suspended colleague in her deception? Did one have some kind of hold over the other? Were they in a relationship?

In all your dealings with them, treat ALL plod with great caution. Admit nothing and discuss nothing. Consider them psychopaths and liars at the outset and never leave such discoveries to personal experience.

"What were the supervisors of these wayward ladies doing when these events took place?"

Fretting over which pronouns to use?

Example #2,789,437 of female psychology and its real world effects.

Women are either ‘friends’ or ‘enemies’ with other women (which category decided by whether they can obtain them attention/status/power/money/etc. or threaten such. Men are given, 'allowed', attention on the same criteria).

Women routinely, as a matter of course, tolerate, excuse, conceal and protect behaviour by ‘friends’ that would have a man* feeding his former best friend feet-first into a wood-chipper. Concurrently they will routinely ignore, belittle, attack and attempt to totally destroy the social support network of any ‘enemy’ (or man) who looks at them the wrong way.

I guaran-damn-tee this is some woman ‘protecting a friend’ and/or ‘sticking it to an enemy/some man/the patriarchy’. The Law be damned, morals, ethics, basic common decency too because she’ll be ‘feeling’ good about herself (and be unutterably angry at being ‘unfairly’ punished … assuming she is).

As I keep saying, feminists especially, but women in general seem to excel in daily supplying evidence that they shouldn’t be trusted with responsibility (or God forbid, power) over themselves, let alone anybody else.

[*Yes, there are (thank God) exceptions (all the more appreciated and cherished for their rarity), and males (usually from single-parent households) who act the same, but we're talking 'stereotypes' ie. generalities recognised by everyone because they reflect the reality of the majority of a category.]

In Hollywood it's, "Your gun and your badge!"
Thankfully muppets like these don't carry guns (mostly)

"We have an expression for officers like her - job pissed - and they are dangerous to colleagues and best avoided."

It should have been in Hayley's induction training, then!

"If all coppers who made things up were sacked, then there wouldn't be much of a police farce left..."

"What were the supervisors of these wayward ladies doing when these events took place? "

"Did one have some kind of hold over the other? Were they in a relationship?"

If only we had someone able to investigate and, err, 'detect' these things... 😉

"...seem to excel in daily supplying evidence that they shouldn’t be trusted with responsibility (or God forbid, power) over themselves, let alone anybody else."

Hard to argue with the evidence.

I wouldn't necessarily trust them with a baton or PAVA spray either!