A guide listing 37 different gender terms and sexual identities has been issued to police officers and staff to help them when dealing with members of the public.

Should they ever bother to turn up to that shoplifter or burglar, I suppose?

That's being rather kind. I've got rather stronger terms for it.

Some of the terms relating to sexuality, such as ‘questioning’ or ‘asexual’, are self evident, but others will be new to most, such as gynosexual (someone who is attracted to feminine gender presentation) and grey asexual (a person who ‘experiences attraction rarely’). Another lesser-known term is ‘varioriented’, which is described as ‘when your sexual and romantic orientations do not target the same set of genders’.

And under what circumstances would any of this help the police in their duty of nicking villains and keeping the peace?

Norfolk Police declined to say whether it had produced the guide itself or had obtained it from another organisation.

I wonder who they might have obtained it from? Maybe a detective could look into it? 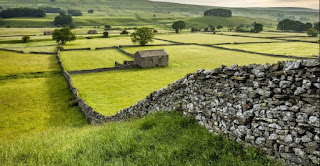 ...and Norfolked it up by failing to find the extra 20 varieties.

"...and Norfolked it up by failing to find the extra 20 varieties."