...and that weathervane that is the press has finally realised which way the wind of public opinion is blowing: 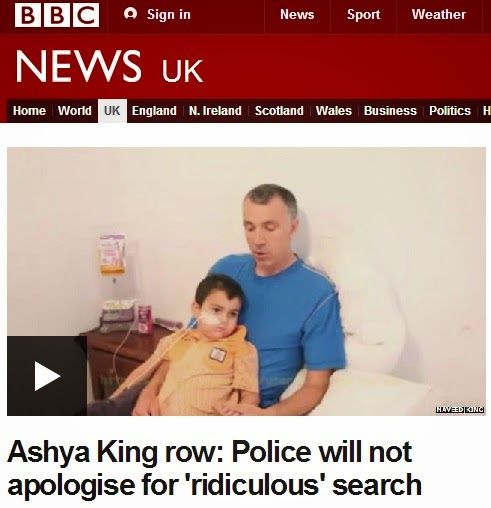 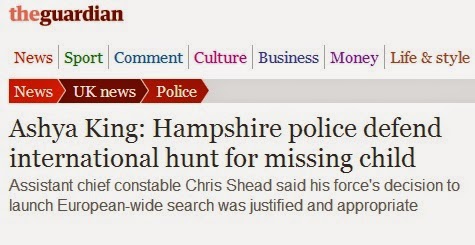 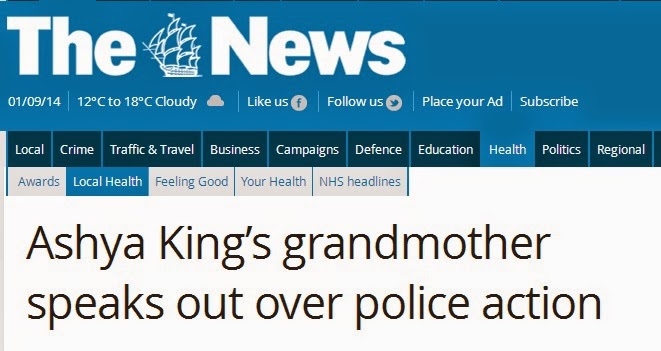 Vastly more sympathetic headlines than those during the ridiculous manhunt, eh?

And before I turned in last night, the commenters on Sky News (Hazel Blears was one) were ripping into the police both UK and Spanish, for separating the family from their child, putting them in handcuffs and searching the grandmother's flat (For what?) and anything else they could think of. They are, of course, responding to public opinion too, as petitions are launched and people outraged at the lies and obfuscations write, text and call their MP..

If the police thought that clutching the frail body of the dying child of desperate parents to their bosom would erase the stain of Rotherham and prove that they do indeed care more for children's welfare than for their own careers, they have badly miscalculated.

Email ThisBlogThis!Share to TwitterShare to FacebookShare to Pinterest
Labels: arrogance, hoist by their own petard, journalism, police out of control, the State is not your friend

If we needed evidence our authoritarian, overbearing State is as Gestapo bent as it can be, this obscene, "get me on TV" police action beggars belief. As you point out, slavery and trafficking are just revenue streams to fund police corruption and incompetence. That old saying comes alive, "all coppers are bar stewards". Together with their political masters. Cruelty to a minor is the reported charge. How cruel is the Asian, racist motivated rape of minors?

Thanks for the link Julia.

Dysfunctional Public services the NHS and the constabulary strike again. Of course this is only the tip of the iceberg so much of our society is in crisis thanks to the dominance of lefty ideology, policies and practices.

Totally agree with the foregoing.

Just another hypocritical snout-in-the-trough who can't see a bandwagon without jumping on it.

Plod, of course, is engaged in showing "How concerned we are for children, unlike that Rotherham lot."...

"How concerned we are for children, unlike that Rotherham lot."

The present consensus suggests plod must have been 'thinking' that way. But my God, at a senior level?
I got to wondering if the pantomime season had arrived early and we were all screaming "It's behind you" at chief constable Joe Pasquale.

We need to sue individuals not departments and then we can stop this. Someone needs to bite the bullet and not accept the bribe from the state to not point to a individual.

Listen to the news tonight and you will hear the CPS making it clear they do not intend to prosecute. The hospital admin is hunkering down to apologise for the 'breakdown in communication'. There will be more crow to eat - it sounds to me like the medics called the police without calling the lawyers first. It increasingly looks as if the medics told flat lies in order to get the police to act, so somebody could be prosecuted for attempting to pervert the course of justice.

The BBC swallowed it whole and did not ask simple questions like 'What crime, exactly?' I think it is because they heard 'Jehovah's Witness' and thought it was another good excuse for Christian-bashing.

I'm very sorry for the King family but I'm getting the popcorn in as the idiots do not have the wit to withdraw the arrest warrant and book a ticket to the clinic for the poor child.

(Woman on a Raft, In Search Of England.)

Bang on. Frightened parents of dying children must be free to blow their fortune on whichever treatment promises a cure - however irrational it may seem to silly medical professionals. We don't need them. We have the internet now. Wake up, sheeple!

Further to Lord T's comments if a professional acts outside of their remit in the private sector they can be liable financially for their actions. Such as an architect instructing a variation without the client's permission. Since the police like to consider themselves 'professional' people actually that is unfair it was the last government who gave them that status, they could be held personally liable in tort for their actions. I would get the popcorn out for that one.

"If we needed evidence our authoritarian, overbearing State is as Gestapo bent as it can be, this obscene, "get me on TV" police action beggars belief. "

Just another hypocritical snout-in-the-trough who can't see a bandwagon without jumping on it."

Agreed. Her government did all it could to foster the attitudes amongst the police top brass she now decries.

I hope it chokes 'em!