Heather Dickinson and her partner Bradley East-Watson, both 24, had been living in a two-bed flat at Howe Hill hostel in Acomb since May 2, having been evicted from a private rental in Clifton.

They have a two-year-old daughter, Paige, and Heather is expecting her twins in seven weeks. Heather said they were paying £212 a week to stay in the hostel and, on Bradley’s wage as a barman which varies each week depending on shifts, they could not afford to save enough for a deposit for another private flat.


Heather said they had been on the council house waiting list for more than five years. They are on a range of benefits, but Heather said that some weeks their income has fallen well below their rent and they have fallen into arrears.


The Child Poverty Action Group campaigns for the abolition of child poverty in the UK and for a better deal for low-income families and children.

Chief executive Alison Garnham said: “It doesn’t matter how much debt a family has, you can’t introduce new-born twins into the world by making them homeless at the start of winter.

“Cuts to basic support for families, especially those stuck on low wages and zero hours contracts, are causing more and more families like this to get into serious housing debt.

“They can’t pay what they haven’t got.”

NEITHER CAN I ANYMORE! 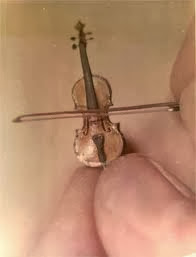 They haven't opened this article for comments. I wonder why...
Posted by JuliaM at 09:05

Email ThisBlogThis!Share to TwitterShare to FacebookShare to Pinterest
Labels: benefit culture, chavs, definition of poverty, mad as hell and not going to take it any more, throwing money down the drain

By my reckoning, that puts conception at three weeks before they were evicted - when they were presumably already in arrears.

I wondered when I saw the title, but, having read the post, I agree that, under the circumstances, '?!?!?!' is definitely the correct punctuation.

Nearly hammered right through my keyboard... ;)

The sins of the parents shall not be visited on the children. Unless you are Ambush Generator then the baby twins can go starve.