*Shrugs* It’s Not Like They Hurled A Fire Extinguisher At You From A Tall Building, Is It?

Students today accused police of a “heavy-handed” response as more than 100 officers armed with batons broke up a sit-in at the University of London.

Cue Student Grant howling about the ‘unfairness’ of it all…


A 24-year-old student and part-time teacher told the Standard: "I have never seen a student occupation treated like this. This was a civic matter, but the university got at least 100 police officers in to deal with it which seems extremely heavy-handed." 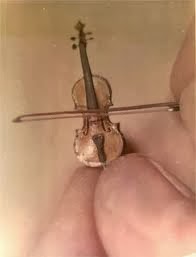 A statement from ULU said: "We are still investigating what happened but initial reports indicate protesters were assaulted by both police and security, thrown to the ground, kicked and punched, and dragged to the ground by their hair. When supporters gathered outside to show support for the occupation, they were beaten back and assaulted.

"Occupations are a legitimate form of dissent. When our university shuts down our student union, and are utterly unaccountable to the students and staff that give it life and make it function, students have no choice but to gain leverage in whatever way they can."

And when that way contravenes the law, you’ll be dealt with. Like you have been here.

Take it away, chaps!

Email ThisBlogThis!Share to TwitterShare to FacebookShare to Pinterest
Labels: hypocrites, politicians, students, they don't like it up 'em

WC Jaded should congratulate that *shrug* like a coat of lightening, Julia.

"Occupations are a legitimate form of dissent."

I am not sure that I agree with that. Freedom of speech under all circumstances yes. Freedom of action not always because sometimes it becomes an assault on person and property which is a criminal act or antisocial behaviour at least. Even if the action is non violent because there is all too often a cost in one way or another to other innocent members of society. In a democracy we pride ourselves on having peaceful means for debate in places like parliament, the media and now the internet. If a cause cannot attract support using these means then so be it.

All very sad, I recall ULU from the 50's when it was a very decent place to hole up and with a decent swimming pool.

Heavy handed would have been a company of Ghurkas with fixed bayonets. Sounds like a good idea to me.

Demetrius, the downward slide started in the 60s and as far as I can see is continuing, sadly.

Julia, I think that violin is rather large ;)

I trust that female students were segregated from male student during the sit in, so as not to offend any moslems who might have been present.

At the mention of POLICE- MTG did his very amusing Meerkat impression.

It would do these little scrotes some good to be shown that their actions don't always just have the result they blithely imagine they *should* have...

Interesting though that the police felt able to remove occupiers from a university even though they are reluctant to do so when a householder finds his home full of squatters, or the local park suddenly has a load of travellers on it.

"You're playing with the Big Boys now"
Beautiful accompaniment!

Tell them they have 20 minutes to leave the building. If they are still there, turn the power and water off, lock all the doors, and go home!
Penseivat

Get used to it, soon all forms of protest will be illegal.
If they think that was bad, wait until the newly-trained ¨public order control¨ trained troops are on the streets.
Personally, I think that a private ¨security¨ person dragging a female student down the street by pulling her top up and exposing her body, while laughing, was over the top. But what do I know?

"Freedom of action not always because sometimes it becomes an assault on person and property which is a criminal act or antisocial behaviour at least."

Just so. And the police are quite right to act to prevent this.

"Julia, I think that violin is rather large ;)"

"I trust that female students were segregated from male student during the sit in..."
:D

""You're playing with the Big Boys now"
Beautiful accompaniment!"

"Personally, I think that a private ¨security¨ person dragging a female student down the street by pulling her top up and exposing her body, while laughing, was over the top."

The same female student will probably be drtinking herself insensible this evening wearing even less...