The Miracle Of The Five Loaves And Two Fishes Two Bags Of Stale Breadsticks...

“I’m going to toss these,” my director says of the two bags of breadsticks left over after our open house. My coworker, Jack, and I look at each other wide-eyed before I quickly announce that I’ll take them. “Really? They’re gross and stale!” he exclaims. “Really,” I say, and look to Jack for confirmation that he wants some, too. “I’ve got six people to feed."

Blimey! Those two bags of stale breadsticks are going to have to stretch almost as far as my bloody credulity...


I’m glad I stuck around that night – because the leftovers from the open house fed me and Jack and some of my roommates for two days. I only wish our third food-insecure coworker had been there to take home some of the haul. I don’t think my boss had ever considered that his employees might be hungry before that night. It took a lot of guts for me to admit that I could use help, and I’m still afraid of the impact it might have on his perception of me as a valuable employee, but I’m glad I spoke up.


Whether you’re coming from a place of compassion or a place of wanting your employees to be more productive, making sure they have enough to eat is essential.

No. Paying them money is essential. The alternative is slavery.

It's up to them to spend some of that money on food, and if they choose to spend it on 52" flatscreens or rent or holidays in Spain instead, well, that's no business of their employer.

But it seems 'food insecurity' is another stick these millenials are using to beat 'the man' with, so this idiot has actually come up with rules for employers!

And yes, they are every bit as hilarious and infuriating by turns as you'd expect:


4. Whenever possible, allow privacy in staff kitchens, at shared tables, coolers, and other places staff may interact with non-claimed food.

Translation: "Fall upon the remnants of the meeting buffet like half-starved beasts..." 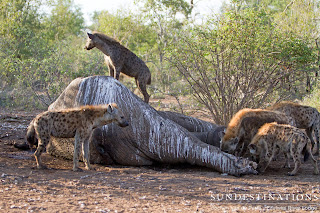 6. Handle food theft carefully. Although, clearly, theft should not be tolerated in the workplace, sometimes people steal because they feel that they have to.

By which I'm assuming they mean 'When Janet from Reception complains that someone's stealing her yoghurt from the company fridge, berate her for not thinking of the poor unfortunate moochers co-workers.."

It just gets better and better...

(Please delete if you are already inundated with links to this...)

I once worked for a company that provided tea, coffee and fresh milk for use during the day.
Until people started taking the piss and having their cereal at work (why use your own milk, and in the company time of course) Word went out, no breakfast at work, cereal boxes removed from kitchen. So they just kept them in their desks.
It all ended during a visit from some clients when the MD asked for teas and coffees and was told it would be a while as someone had to run to the shop as the milk had run out.
So tea, coffee and milk removed and replaced with vile vending machines at 10p per cup.

Human nature, most people are awful

Odd, isn't it, than no one has raised the environmental element; surely there should be no question of sending uneaten food to landfill when it could be shared out around the workplace - why should anyone attach a notional stigma to what seems perfectly sound practice, unless in some kind of misplaced snobbery?

In a similar vein, the second-hand uniform rail in the office at my local primary school was scrapped because 'people don't want their children wearing used clothes' - apparently some were quite outspoken on the subject - yet parents of children at a nearby independent school have no such scruples; blazers, uniforms and games kit are repeatedly sold on second-, third- and fourth-hand and beyond as long as they are in a wearable condition.

That's my five-penn'orth, anyway; I'm off to interact with a bar of chocolate.

When I clicked on the link, the article was no longer available. Was that because it was crap?

@Bunny, well, who knows? I can't make heads or tails of their stated reason!

@MacHeath, that's the most insane angst-ridden 'correction' I've ever seen!

That correction read like something from NKR re-education camp!

From the correction link...

"Currently, we are two-thirds people of color, two-thirds trans or gender non-conforming, two-thirds disabled or neuroatypical, and 100% queer. There are gaps in identities on our staff for sure..."

Heh! Having attended many a working lunch, it's the image that always comes to mind when the remains of the sandwich platters are deposited in the office 'spot', where such leavings are then picked over by the non-attendees.

"Until people started taking the piss and having their cereal at work..."

There are always people who spoil things for everyone else. Sometimes I, too, despair at human nature.

"...yet parents of children at a nearby independent school have no such scruples.."

They know the value of education and spend their money accordingly - consequently, they have less of it to waste on the latest trainers!

"That correction read like something from NKR re-education camp!"

A cracker, eh? Meetings must be such fun at that place! :D