Their Bite’s Worse Than The Bark…

Attack dogs have caused more than £18,000 of damage to trees in Colchester's Castle Park.

The owners of pit bulls and other vicious breeds are being blamed for encouraging dogs to bite the trees’ bark as a way of toughening them up.

You know what’ll fix this? 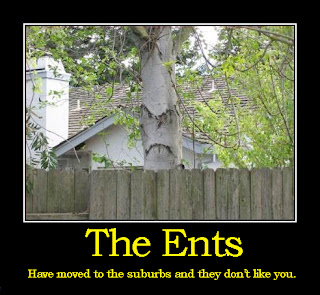 ”Come and have a go if you think you’re hard enough!”

Insp Jim White, of the Colchester central neighbourhood policing team, said: “People may not realise how much damage stripping bark from the tree does. They need to be aware it is criminal damage.

“Those responsible will face being arrested.”

Mr White does not believe dog fighting is a major issue in Colchester, but said the force would remain vigilant.

I expect that ‘vigilance’ will take the form of 6:00am morning park patrols, when they can be confident Stabby McChav and ‘Fang’ will still be sleeping in…
Posted by JuliaM at 12:25

You forgot where they will presecute innocent dog owners from the last sentence.

I just love the evocative "Stabby & Fang" epithet and deserve to be part of the lexicon of English language.

I like the way the blame for the stripping of tree bark falls on poor old "Fang" without a shred of evidence, and not on deer, rabbits, geese or a plethora of other wildlife known to habitually strip bark from trees.

Oh no, it couldn't be anything else but "Fang and his mates all in training for a shot at the title.

As for the comments on the OP, saints preserve us from the bile of the pretentious pseudo middle class with delusions of grandeur.

I bet nobody trains their dogs on this tree.

Not sure it's a good idea for dogs to attack trees. Some trees may respond by shedding leaves, for heaven's sake!

And the less said about squirrels and their nuts the better...

"You forgot where they will presecute innocent dog owners from the last sentence."

I think a competent lawyer should get Mrs Miggin's 5lb chihuahua off a claim of tree bark stripped off a 10ft branch, luckily enough.

"I like the way the blame for the stripping of tree bark falls on poor old "Fang" without a shred of evidence, and not on deer, rabbits, geese or a plethora of other wildlife..."

Oh, this is blatant, and quite different from the damage done by browsers.

Pointless. The chavs would merely ignore them, like they do all other laws.