Vera Baird And Harriet Harman Should Have Been In The Dock Alongside Her...

Jones' latest victim was arrested and quizzed for nine hours before being released without charge because CCTV footage disproved her claims she was forcibly taken to a property and raped.

They had an argument and she was angry with him, so decided to make her eleventh fabricated allegation of rape, police said.

And yet, despite knowing that Jones had made 10 false accusations of rape, the police dutifully treated the eleventh as if it had been made by a doe-eyed virgin, instead of a serial false accuser who only someone in dire need of a Specsaver's appointment could possibly get it up for! 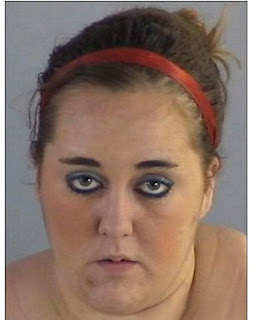 Ms Rickham said: 'There is a history of her making false allegations of this nature and this is the 11th incident.

'Police had to take her allegation seriously and carried out an appropriate investigation.

Well, because of the prevailing feminist 'wisdom' that women don't make these things up, except when they do, and if they do, they need help rather than to be taken out to the back of the court and shot.


DC Blanche felt that this was the 'final straw' for the 22-year-old woman, adding: 'After the previous ten false allegations, Judge Hope felt that it was the final straw and had no choice but to sentence her to 16 months in prison.

'The evidence in the case was so conclusive as the CCTV images were so clear.

'I imagine that with the previous allegations the evidence hasn't been there.

'We encourage all victims to come forward, but sadly Elizabeth was one of the people that was not telling the truth.'

Email ThisBlogThis!Share to TwitterShare to FacebookShare to Pinterest
Labels: feminist crackpots, justice system, lying about rape, police out of control

And we wonder why juries find it hard to convict when it comes to rape without independant evidence.

Did she use the same police station to make the complaint? If so why didn't someone recognise her? A bit of common sense by a policeman on a front desk could have saved the tax payer the cost of a trial, imprisonment and some poor bloke nine hours of interrogation.

I feel so dirty having seen that.

11 different blokes have shagged her? Dear oh dear how strong is the booze in her town???
Jaded

"And we wonder why juries find it hard to convict..."

I don't wonder any more.

"Did she use the same police station to make the complaint? If so why didn't someone recognise her?"

Even if they had, what could they do? They aren't allowed common sense any more.

"I feel so dirty having seen that."

The eyes follow you around the room, don't they?

" Dear oh dear how strong is the booze in her town???"

I'd have thought an efficacious dose would utterly prevent performance.

Looking at her picture i find it hard to believe that a man would voluntarily go to bed with her. Maybe she's living in the hope that some day some drunken loser will lose all control and actually do it?