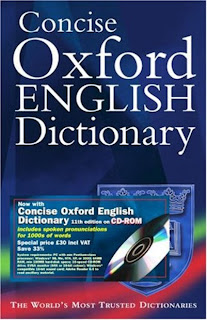 ...look up the term 'safety conscious' and I'm pretty sure you won't see a picture of your son there:


The driver of the Suzuki, builder Donald MacMillan, of Holmfirth, said he had to stop behind a parked car on Hopton Lane to allow other vehicles to come up the hill. He told the inquest the schoolboy was 'pedalling like billy-o' with his head down.

Steve Green, West Yorkshire Police's principal collision investigator, said the brakes on Declan's bike were 'grossly maladjusted' and 'totally ineffective'. He said the rear brake did not work at all and the front only partially.

Consultant pathologist Dr Julian Ostrowski, who carried out the post-mortem, said that even if the schoolboy had been wearing a helmet it would not have prevented the injury.

And yet, despite all that, the parents have the unmitigated gall to demand that 'something must be done!'


Mr Newsome, 69, said after the hearing: 'I hope the powers that be see the trauma that we have been through and get something done.'

That 'something' being laws to ensure cycles are maintained and helmets work and speed limits adhered to?


The Castle Hall Academy pupil's devastated parents Kenneth and Harriet Newsome have called for speed cameras or speed bumps to be installed along Hopton Lane.

What possible reason? The only one speeding was your son!


Coroner Roger Whittaker, who recorded a verdict of accidental death, described Declan's death as a terrible tragedy and said no-one was to blame.

Except Declan, of course. But this is England, and we never, ever point out the obvious, because to do so would be 'insensitive' or 'cruel'. No, no, we cast about looking for someone else to take the blame and any future responsibility.


Mirfield Conservative councillor Vivien Lees-Hamilton is spearheading a campaign for safety improvements in Hopton Lane in the wake of the accident.

She is also helping the family to organise a campaign to make newsagents aware of their safety responsibilities to paperboys and girls.

Because it's the responsibility of the newsagents to check bikes now?

Enough of this horseshit! Let's start placing blame where it truly lies, shall we? No matter how upsetting.
Posted by JuliaM at 12:15

I used to do cycling proficiency for 9/10yr olds. First week was always taken up with checking that the cycles they came with were safe to use, more often than not they were not so I would complete a form to each parent showing what was needed to bring the cycle up to scratch. Most parents did what was required but I had one Mum confront me with the, 'the bike is ok so I want him to do the course'. She had done nothing to repair it so I asked her to sign a form accepting that she was entirely responsible for the condition of the cycle and the safety of her son using it. Most parents will take responsibility but some will not and never will.

"Because it's the responsibility of the newsagents to check bikes now?"

Only if the newsagent supplied the bike.

It's like using a private car for business use. So long as you're insured (and cyclists can be) you are ok. However the business has no responsibility to check your car.

Sorry Julia but off topic, have you read about considerations for pcso's to have powers of arrest?

What the bloody hell is this country coming to?

Given that Declan was a minor, the blame for the shoddy maintenance of his bike lies squarely with his parents and no one else.

I love the terminology the powers-that-be deploy when they are keen to be seen to be doing something. It's always so "exciting" and "galvanising": the above conjures ( to my mind at least) a picture of Ms Lees-Hyphen-Hamilton looking very dashing atop a panzer tank somewhere near Tobruk in 1942, her Iron Cross glinting proudly at her throat. "Death or Speedbumps!" would be her battlecry as the Stukas overhead peel off to bomb the forces of Council Inertia into dazed surrender.

And does anybody else get a real frisson when they hear of some apparachik described as the "Tsar of This" or (either spelling is acceptable)the "Czar of That or The Other"? Many a happy hour have I whiled away in revery about a haughty sable-clad Quango Queen lashing the moujiks along the snowy Siberian path to the golden onion-domed fortress of Non-Smoking Legislation Compliance.......Errm, 'scuse me for a mo......

If you are reading, Mr and Mrs Newsome, I was very sorry to learn of your loss. It is in the nature of healthy boys to take on risks but no less tragic because of it.

And another brilliant thing is happening today.

I am feeling a funny backlash from the perverts around here. You will know the ones, the arseholes that cover up for each other when they are dirty, greedy little bar stewards.

They don't get that once you are a soldier, in uniform or not, always a soldier.

The message writ large upon our times is clear:
"Thou must punish the majority for the errors of the few."

"Most parents will take responsibility but some will not and never will."

I don't mind if they don't (it's their spawn!), so long as they don't then expect everyone else to.

Sadly, the two seem to go together...

"... have you read about considerations for pcso's to have powers of arrest?"

Yup, saw it Tweeted by one of the (remaining!) police bloggers. It'll be a bloody disaster!

"Given that Declan was a minor, the blame for the shoddy maintenance of his bike lies squarely with his parents and no one else."

And while I'm sure it assuages their conscience, I don't want to pay for the consequences of that!

"The message writ large upon our times is clear:
"Thou must punish the majority for the errors of the few.""