I Think This Dead Horse Has Been Flogged Enough…

A mum reported a "suspicious incident" after a man approached her daughter in Poole's Primark yesterday, it has been revealed.

The concerned mum says her child was approached by a man while she was shopping at Primark in the Dolphin Centre on Wednesday afternoon around 3pm.

The mother reported the matter to security staff at the store and the police were called by Primark, she said. 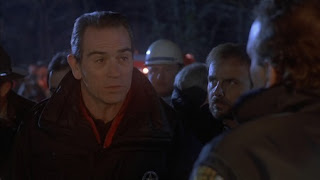 "I want a hard-target search of any Tesco, Blockbuster, Greggs, TopShop, M&S and Post Office in that area."

When asked by the Echo, Dorset Police, the Dolphin Centre and Primark all denied that the incident had taken place.

Our fearless reporter isn't going to leave it at that:


But the Echo tracked down the mum, from Canford Heath, who was shopping for shoes for her three-year-old when the incident happened.

She said: “She was sitting on the bench trying on shoes.

“I carried on looking for another pair of shoes for her. I looked up, there was a male in front of me. He approached her. I went up behind him, he went 'hello' to her. ”


She said the man, who was in his 30s and wearing a flat cap looked right and left and behind, then went off when he saw her.

“It was highly suspicious,” she said. However the man did not touch or attempt to grab her daughter, she said.

“It really shook me up,” she said. “I just feel it could have been worse. I have three children and this has never happened to me before.”

No-one's ever said 'Hello' to your child before?

I would say 'storm in a teacup', but of course, I reckon without social media:


The incident has spread around Facebook after a friend of the mum posted an update warning other parents to be careful.

Well, of course it has! No doubt growing in exaggeration as it does so. Chinese whispers upgraded for the technological age!


A spokesman for Primark said: “Primark takes customer safety very seriously and as such immediately reported the mother’s concerns to the police. On this occasion, having reviewed the CCTV the police did not take any further action.”

The Echo has asked police for an updated response and will post it as soon as we get it.

Unless of course it doesn't serve to keep the story going? Well, there's always another one somewhere to occupy the police & waste everybody's time...
Posted by JuliaM at 12:15

I remember a similar event occurred at Spurs! My friend Clive explains his solution:

Nowt wrong with saying hello, it's the actions that matter. If he's a shifty sort then the matter should have been investigated.

Feral above-how do you define shifty?If traced what do you expect the police to do?I'm all ears.
Jaded

You know exactly what I mean. If it was caught on cctv as implied, then the fella would have been making a bee line for the tot and checking out the people around. If he was looking left and right then buggered off sharpish when he realised someone was behind him, then that's shifty. If he was all smiles and said to the mum, she's a nice little girl and went off smiling, then that's friendly.

It's all in the body language.

Forgot to say, easy to trace people with all the cameras in towns and cities these days. Won't hurt to check the fella out for any previous.

If the cops can spend years trying to see if I'm a criminal and trying to set me up when I give them no indication I am, then checking out a shifty fella wouldn't hurt.

CCTV works brilliantly when everyone is wearing a T shirt with their name and address on it.
Once traced through these myriad of cameras and he is "shifty",what happens next?
Try and give an answer that is not about you and your paranoia.
Jaded

Perhaps he said it in the manner of Joey's first audition here:

Once he's traced, then he's checked out, like I said.

Then he can be kept an eye on.

If you need this to be any simpler, please go back and read your Janet and John books.

" If he's a shifty sort then the matter should have been investigated."

"Perhaps he said it in the manner of Joey's first audition here:"