Well, Robb, At Least You’re Getting A Filmmaking Career Out Of It…

Robb Leech on his stepbrother’s slide into…well, what?


The film charted my attempts to reconnect with Rich, who happened to be my stepbrother, to try to understand the new world he had become a part of.

That new world being Islamic terrorism. Now, you knew it wasn’t going to be Buddhism, didn’t you?


Only two weeks before he vanished from the streets of Ealing (I haven’t spoken to or seen him since he was taken into custody), we met for a coffee. We talked about our family, football, and albeit fleetingly, the future. I left the meeting with a smile on my face. Six months later he would plead guilty to terrorism charges, and I began making a second film, My Brother the Terrorist.

Oh dear. Were there no clues?


From the moment he converted, Rich was talking about fighting western oppression and dying a martyr.


But I never saw Rich as a terrorist, and didn’t see any of the people he surrounded himself with as terrorists either. 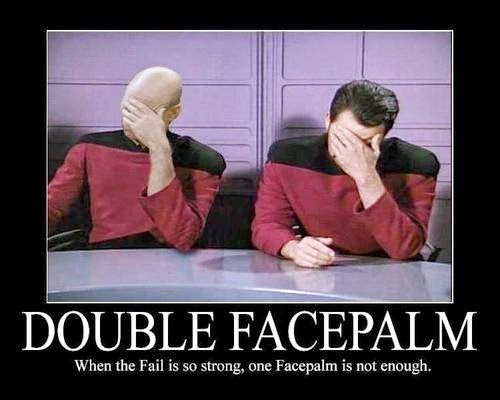 What I saw were, and I hate to say it – vulnerable young men – with massive great chips on their shoulders. With their radical new status they felt empowered, superior and perhaps most annoyingly for me, righteous.

Ah. I guess there were no openings for them as ‘Guardian’ columnists?


It’s a cliquey club from which everything beyond is viewed as imperfect at best, or evil at worst. And it’s the evils that these guys saturate their perceptions of the world with. Horrific, graphic and brutal images of the suffering, pain and death of Muslims at the hands of the west, played out alongside a powerful narrative of oppression and injustice – a narrative that is difficult to dismantle.

I guess the ‘suffering, pain and death of Muslims at the hands of fellow Muslims’ never gets mentioned?


In hindsight, Rich’s arrest and subsequent conviction shouldn’t have come as a surprise to me…


The inherent problem in attempting to tackle radicalisation is that often it is too late. By the time its signs begin to show, the scene is already set. Extremism of any kind is a symptom of an unhealthy society and, like any illness, in order to eradicate it, we should look to treat its cause.

‘Its cause’ being…what? Robb doesn’t specify. Is it because he doesn’t really know?
Posted by JuliaM at 12:10

Try... the powers-that-be hiding their heads in the sand & ignoring the (multitudes of) elephants in the room because they're terrified that Millipede & Co/The Grauniad might mutter "Racist"

Try... bending over backwards and venerating some archaic medieval mysogynistic cult and allow them to come into your country, take over large swathes of it & generally take the P.

Try... telling your own long-suffering native population that their own indigenous culture is worthless, and all the foregoing take precedence & priority.

When Western leaders publicly wear sackloth and ashes and apologetically flagellate themselves for the heinous crime of being white & civilised in their own country whilst insisting their own natives MUST feel likewise, it does make you wonder just why various Islamoloonies see the West as effete and just waiting for a push...

When will Muslims realise they are worshipping a false god and supporting a false prophet. Allah is supposed to be omnipotent yet makes women beautiful. Mohammed 'says' that his God told him that women should have their faces covered to avoid men becoming raving sexual deviants. So why didn't his god make all Muslim women ugly? Allah gave all women a clitoris which Muslims cut off so women can't enjoy sex. Either Allah made a mistake (in which case he is not omnipotent) or Muslims are deliberately altering something that their God made, in which case they can not be true believers and should top themselves.
Penseivat

Ted Treen, excellent comment, says all that I would want to say. Bravo!

To be fair, he's getting a bit of a kicking in the comments.

The Guardianistas got roasted in the comments on this one, as...

Why didn't you do what every good sibling should do when their brother is acting like a complete tosser?

Give them a good slap and tell them to wise up.

XX So why didn't his god make all Muslim women ugly?.Penseivat XX

You need to kick your guide dog, it is leading you astray, and telling you lies.

"...it does make you wonder just why various Islamoloonies see the West as effete and just waiting for a push..."

Yup, it's a total mystery!

"So why didn't his god make all Muslim women ugly?"

"To be fair, he's getting a bit of a kicking in the comments."

I suspect the column was recognised as clickbait right from the outset.