You Had One Job To Do, Southend Council... 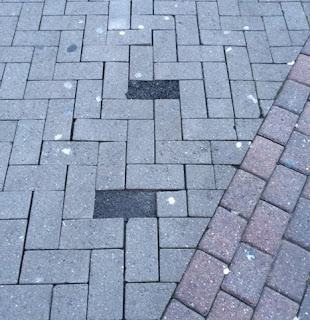 You are being a little harsh on the council I feel. First off an inspector (no specific gender implied) from Highwaysrobbery had to come and view the site and write an initial report. Then someone from Finance had to work out a costing and pass it on to whichever division puts jobs out to tender....although the tendering process can't even be started until the proposed work has been inspected by Health & Safety, RSPCA, NSPCC, The Gender Equalities, The Environment Agency, Greenpeace and every single leader of every 'community' that might possibly be effected by the work.

I mean, what if the workpersons were to be seen eating bacon butties in public one cold winter morning? You, Joolz, would be the first one up in arms to castigate this slight to the Islamic community and you'd be DEMANDING the whole pavement be ritually and chemically 'cleansed' so that no innocent unsuspecting muslim might tread in a drop of bacon fat!

"First off an inspector (no specific gender implied) from Highwaysrobbery had to come and view the site and write an initial report. "

Since I took the pic (before Christmas) two more have come out and been tarmac'ed... :/